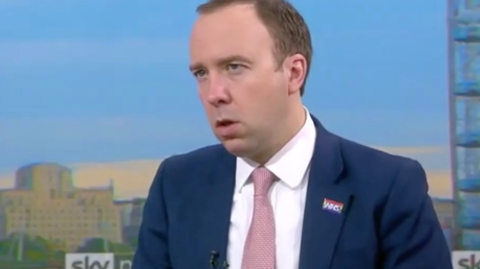 Over the weekend Boris Johnson announced that London would be plunged into the new tier four, meaning anyone who dared to leave the capital after midnight on Saturday could be arrested or face heavy fines.

The announcement caused a flood of Londoners to crowd rails stations, making social distancing impossible amongst reports of a new strain of coronavirus that is 70% more infectious than the previous strain.

However, those who made the rash decision to make that last-minute trip outside of the capital could be endangering those across the UK. Health Secretary Matt Hancock recently made an appearance on Sky’s Sophy Ridge On Sunday in order hit out on the selfish actions:

This was clearly totally irresponsible behaviour. The Chief Medical Officer (Professor Chris Whitty) was absolutely clear that people should unpack their bags if they have them packed.

Hancock continued to recognise and thank those who abided by the rules in order to keep themselves and others away from harm:

I think it is relatively small numbers and the large, vast majority of people throughout this whole pandemic have followed the rules, been responsible and played their part and I want to thank everybody for doing that.

The Health Secretary then went on to reiterate the importance of following the guidelines set out by the government in order to reduce transmission of the new strain:

It is more important than ever that people are responsible, not only stick to the rules but even within the rules restrict social contact as much as is possible because this is deadly serious.

News of the new tier has many residents up in arms after last-minute change means those in London and the south-east won’t be allowed to return home for Christmas after previously being promised the possibility to do so. However, Dr Nagpaul also spoke on the show yesterday stating that it made no sense now to relax lockdown rules over Christmas:

We were concerned at the time the Prime Minister announced the five-day relaxation for Christmas because the science told us then that the virus was spreading week-on-week. It just did not follow the science to relax the rules.

Dr Nagpaul also revealed that he believed that the Christmas rule break should have been reversed sooner as it was well known the virus was again spreading at an alarming rate. He continued to announce that he agreed that the public should have been greater notice, but that going into tier four was the right decision:

...So whilst there is a new variant, we didn’t need the new variant to reverse this rule and the public could of course have been given greater notice, but there’s no doubt it was the right and necessary decision.

Nagpaul also went on to criticise those who had flocked to train stations stating ‘You would not see those scenes in east Asian countries that have managed pandemics well in the past,’ and that residents need to understand that ‘this is an unforgiving virus’.

What are the tier four restrictions?

For those who made the brave decision to stay put, there have been a few more restrictions put in place in order to reduce the spread of the new coronavirus strain.

In the new tier, all non-essential stores such as clothing, homeware, tailors, betting places, vape stores as well as electronics stores will all be closed. However, stores such as these will still be allowed to operate a click and collect system as long as items are collected off the premises. Delivery will also still be available for all stores that offer the service.

Essential retailers such as grocery and food stores as well as pharmacies will continue to stay open.

Those in tier four will still be allowed unlimited access to exercise alone or with their household in an outdoor public place. However, indoor leisure and sports facilities will be closed.

The new tier restricts residents to travel from their homes only for work, education, medical, childcare or to visit a bubble household. However, they may not leave the tier four-zone and those in tiers one, two and three will also be prevented from entering tier four except for the same reasons stated.

Those in tier four will still be able to order takeaways from local establishments until 11pm and residents will still be allowed to support the hospitality industry through both click and collect as well as drive thru services.

The government has announced no plans to close schools or universities under tier four restrictions. However, Health Secretary Matt Hancock says closing schools cannot be ruled out further down the road.

Those wishing to visit relatives in care homes will be permitted to do so provided that the home has measures in place to protect residents such as screens or visiting pods.

Those wishing to attend a place of worship over the Christmas period will be allowed to do so but have been advised not to mix with those outside their household.

Under tier four restrictions funerals with a maximum of 30 people will still be allowed to go ahead. However, weddings must be put on hold unless under ‘exceptional circumstances’ and will be limited to a total of six people. 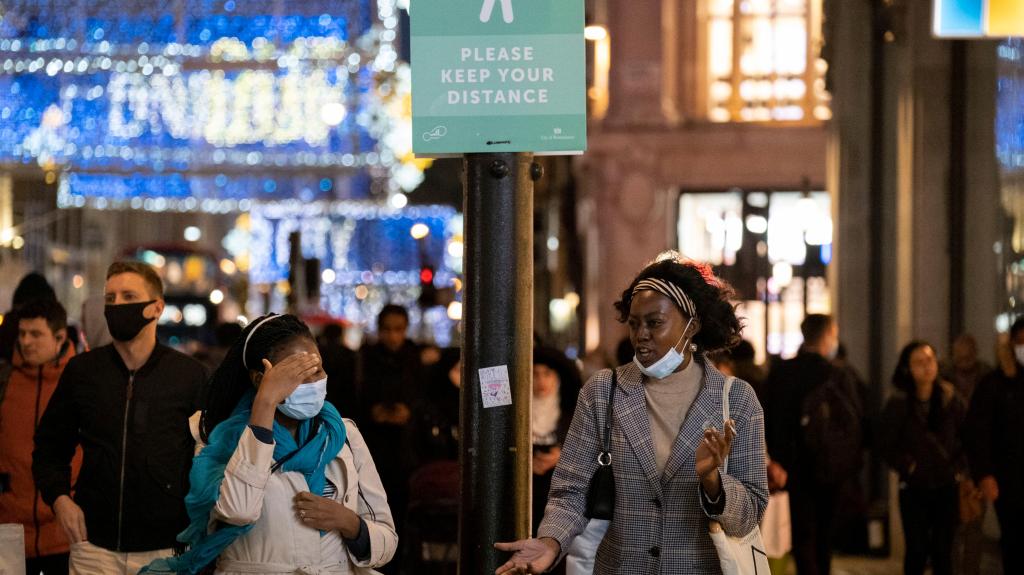