In This Country, There Have Been No New Local Cases of Coronavirus Infection for More Than 200 Days

To achieve this result, the Taiwanese authorities did not need to lock down the population, or set up a curfew. 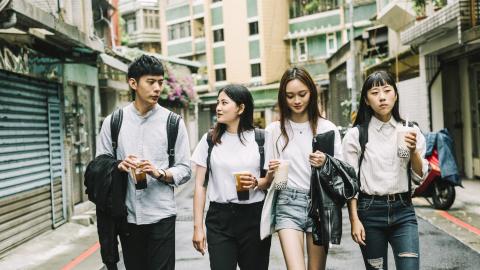 April 12th was a special date for Taiwan. Since that day, authorities have not recorded any ‘local’ cases of coronavirus infection, CNN explains. New cases have been reported during the last 201 days, but only people arriving from abroad have been affected. No other country has this kind of record. Taiwan, which has a population of about 25.6 million, has recorded only 553 cases of coronavirus and seven deaths since the beginning of the epidemic. In order to achieve this result, the authorities did not need to impose a curfewnor lockdown the population.

Affected by the SARS epidemic in 2003 (more than 300 cases and around 30 deaths, one of the worst records in the world), the island (a geographical situation that makes it easier to implement certain measures) has since organised itself to avoid reliving the same situation.

So when we heard that there were secret cases of pneumonia in China where patients were treated in isolation, we knew it was something similar.

The island's central epidemic command centre, which was set up in the aftermath of SARS, has been revived to coordinate the various ministries.

Taiwan checked all passengers on flights from Wuhan as of December 31st 2019, before banning the inhabitants of this city from coming to the island at the end of January and checking planes from China, Macao, and Hong Kong. Since March, foreigners are no longer allowed to come to Taiwan either, with the exception of diplomats, residents, and those with special entry visas. No date has been put forward for a reopening of borders. The production of masks and protective equipment has been rapidly accelerated, and the government has also invested in mass testing, while putting in place rapid and effective tracing of contact cases. Early actions prevented the rapid spread of the epidemic in Taiwan, which is cited as a model when it comes to how it is fighting against the coronavirus.

Lifestyle, news
A new coronavirus has been discovered to pass from dogs to children
Read more 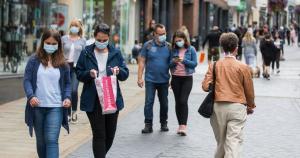 Lifestyle, news
Coronavirus soaring in the North and Midlands as cases triple

Lifestyle, health
The UK has the most new covid cases per capita in the world
More