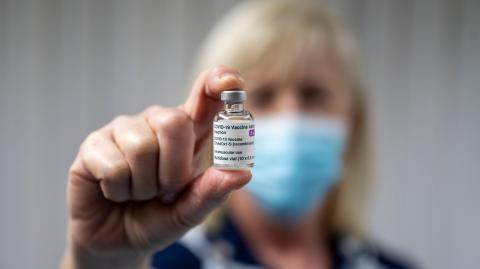 Last week news of the Valneva vaccine was announced to the public, but just how is it different from the other jabs already in existence?

The end of 2020 brought a shed of light to a dark year with the news that three coronavirus vaccines had been approved for rollout. mRNA jabs such as Pfizer/BioNtech and Moderna as well as the Oxford/AstraZeneca vaccine are all being distributed throughout the UK. But how is the Valneva vaccine any different, and why did the UK order 60 million doses?

How does the Valneva jab compare to its mRNA counterparts?

Instead of using the newer mRNA technology, the Valvena vaccine is known as an inactivated whole virus vaccine, wherethe whole virus is used but with all genetic material destroyed by heat, chemicals and radiation. This means that the virus in the vaccine will be inactive and unable to infect cells or replicate but it will still be enough to trigger an immune response in the body.

Inactivated whole virus vaccines are a well-established method that has been used previously in seasonal flu, polio, rabies and even Hep A vaccines. This also isn’t the first coronavirus vaccine of its type as the Chinese developed Sinovac and Sinopharm, as well as India's Bharat Biotech, all use this same method.

Also, unlike the Pfizer jab, which needs to be kept at a temperature of -70 degrees, both the Valneva and Oxford vaccines adhere to the standard cold-chain requirements of just 2-8 degrees. This means they are easier to store and transport.

However, all of the jabs require a second shot which acts as a booster to maximise immune response.

What is the efficacy rate of the Valneva vaccine?

Existing vaccines such as that of Pfizer and Moderna boast around a 95% efficacy rate, Valneva is still undergoing its first stages of trials meaning this kind of data isn’t yet ready to be released.

The vaccine, which is from the French biotech company and is being manufactured in Scotland, is currently being tested on 150 volunteers at sites in Birmingham, Bristol, Newcastle and Southampton. These tests will show whether or not the vaccine produces a safe and effective immune response against COVID-19. If successful the coronavirus vaccine will move into its second phase of trials in April involving more than 4,000 volunteers across the UK. If trails go well the vaccine could be available by the end of the year.

Why did the UK order so many doses?

Downing Street revealed that the extra doses meant that the UK would have ‘future flexibility should we need to re-vaccinate any of the population.’

At this time it is uncertain just how long immunity provided by COVID vaccines will last. Dr Peter English, the former editor of Vaccines in Practice magazine and ex-chair of the BMA public health medicine committee told Sky News:

We just don't know how long the vaccines will last so you might have to revaccinate. Quite often vaccines are more effective than natural immunity but we might need to vaccinate everybody every year, or two or three, for quite some time and maybe forever.

The Dr explained that mutations could also mean more regular vaccines might be required to defend against COVID, much like the flu:

And the more variants we see, the more there might be a need to tweak the vaccine so a booster may be needed for that. We do that for the flu vaccine as it mutates yearly.

Taking this situation into consideration, the UK has thought ahead and ordered the extra doses just to make sure that yearly vaccines will be ready and available to the public if needed. 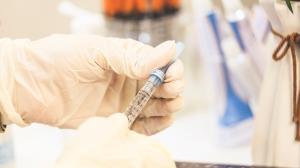