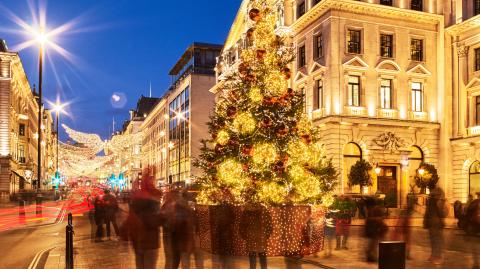 The government is currently considering a proposal that could save Christmas through a five day ease on household mixing.

In order to saveChristmas, the government is now considering a potential five day break in household mixing rules to allow people to visit their families.

The proposal being considered by the government would start on Christmas Eve and on the 28th of December.

Christmas is just around the corner and after a wild year the only thing many of us want is to is join our families for some comfort and festivities.

But, after many empty promises that the world would be back to normal by the Yule Tide season,the second wave of coronavirushas once again put our dreams on the back burner.

Although the lockdownis supposed to ease on the 2nd of December, the UK will be going straight back into the tier system. This means that many areas of Britain will not be allowed to visit their families at Christmas due to household mixing rules.

Luckily, the ban on household mixing may be temporarily lifted over the festive season in order to restore some kind of normality to the holiday.

This small break would not extend over New Years but would allow people to visit their loved ones from the 24th to the 28th of December.

The government has yet to sign off on the proposal and according to the Express, a five day break is not the only option on the table and the government is also reviewing the possibility of a three day break instead as well as a ‘sliding scale’ dependant on the rates of infection across the UK.

Business Secretary Alok Sharma spoke to the BBC about the upcoming holiday:

I want to have my mum and dad round. It’s too early to be reaching any conclusions on that. We will only be able to reach a point in terms of some semblance of normality if we’ve managed to get the infection under control.

Sharma refused to hint on when decisions on the break would be announced.

It has been speculated that the temporary Christmas guidelines are to be put in place to outline flexible and safe rules over the festive season as it is otherwise likely that many would recklessly flout lockdown rules regardless.

The government’s sage scientists have been working hard to model the impact of groups bigger than six meeting up for the lockdown period.

Currently, it is still unclear how large of a group the household mixing rule will allow and if it would affect support bubbles afterwards.

So far it can be expected that once large groups have been allowed to meet, it is unlikely that support bubbles will be allowed to reform.

It has been claimed that Prime Minister Boris Johnson is not expected to announce a decision on the issue until next month.

UK Lockdown Most Likely To Last Beyond Easter

England Lockdown: A New ‘Tier 4’ Could Be In the Works
Read also
No connection
Check your settings