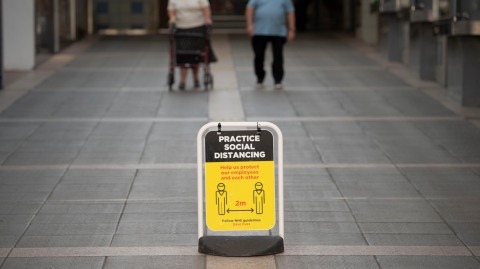 In a near-empty conservative party conference speech, Prime Minister Boris Johnson promised that by this time next year social distancing measures will have ended.

Boris Johnson recently made a big promise to colleagues at a conservative party conference speech that by this time next year social distancing will be over and they would be able to meet ‘face-to-face’ and ‘cheek-by-jowl’...assuming anyone wants to get that close to him.

The PM vented to his peers that he has had ‘more than enough’ of the coronavirus pandemic and likened it to an ‘alien invader’.

While the announcement was hopeful let us remember that Johnson also once stated that the pandemic would have died down by November this year and that life would go back to normal. With the current situation, ‘normality’ is looking to be far, far in the future.

Currently, the PM has even recognised that the UK has been falling behind in their quest for COVID-19 control and announced that shielding may have to be reintroduced in hotspot areas.

The new measures that could be announced as early as next week would urge those at risk or vulnerable living in high-risk areas, to once again stay indoors. The Times reports that Deputy chief medical officer for England, Jenny Harries, has been working on a ‘tailored shielding’ scheme that would include more personalised advice over the more blanketed shielding rules.

The more customised approach to shielding would hopefully reduce the mental health effects of long term isolation. Studies found that depression and anxiety were twice as common among those who were shielding. This in conjunction with loneliness, income and food anxiety and health fears, it becomes all so obvious that blanket shielding may be doing more harm than it lets on.

In the conference, the PM also played down claims that he is suffering from long term effects of the coronavirus which put him in intensive care back in April by labelling it as drivel:

I have read a lot of nonsense recently about how my own bout of COVID has somehow robbed me of my mojo. And, of course, this is self-evident drivel. The kind of seditious propaganda that you would expect from people who don’t want this government to succeed. And I could refute these critics of my athletic abilities in any way that they want, arm wrestling, leg wrestling… you name it.

Boris confessed that the reason that the virus hit him so hard was that he was fat and admits he is still in the process of losing weight, a fatphobic idea that he has been pushing onto the rest of the UK:

And yet I have to admit that the reason I had such a nasty experience with the disease is that although I was superficially in the pink of health when I caught it I had a very common underlying condition – my friends, I was too fat. And I have since lost 26 pounds. And I am going to continue that diet because you have got to search for the hero inside yourself and hope that individual is considerably slimmer.

The PM also used the conference as an opportunity to make further empty promises for a range of issues including, housing, jobs, climate change, education and crime. However little evidence was given as to where he aims to find the funding for these endeavours.

Boris Johnson’s pipe dreamed were answered with criticism from Labour deputy leader Angela Rayner, who made the highly relevant point that before thinking about the future they need to first think about how to support the people during the coronavirus pandemic.

The British people needed to hear the prime minister set out how he and his government will get a grip of the crisis. Instead, we got the usual bluster and no plan for the months ahead. 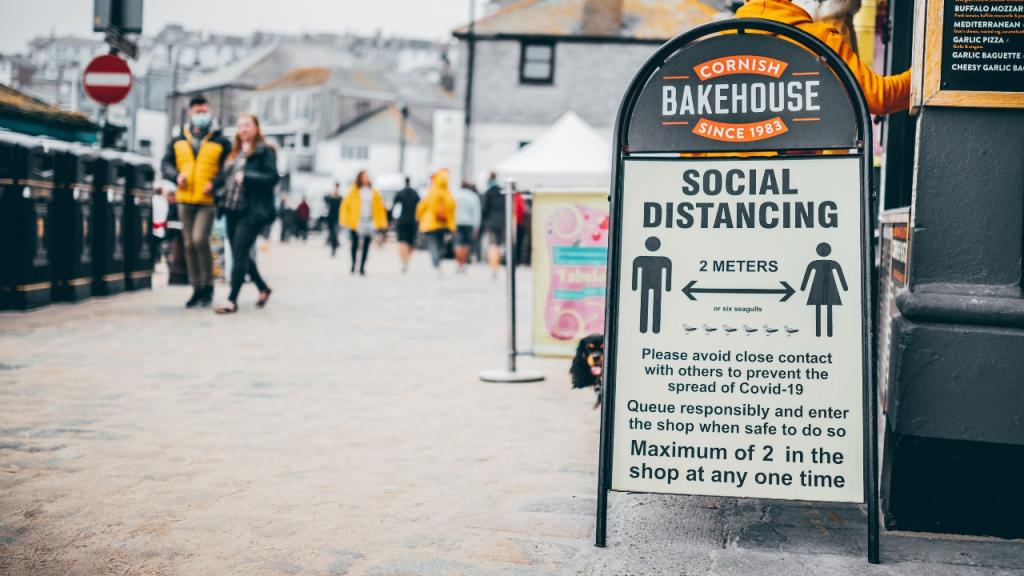 Social distancing will no longer be required after 21 June