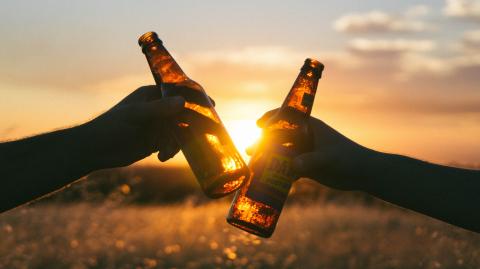 Plans to reopen non-essential retail and certain parts of the service industry, namely beer gardens, are coming forward after leaks were posted on social media.

Amid PM Boris Johnson's plans to loosen restrictions, a tweet from Greater Manchester's night time economy adviser Sacha Lord reports that beer gardens might be fully operating as soon as next month.

According to the tweet, the UK government plans on reopening schools on 8 March, followed by Beer gardens on march 29 and unspecified non essential retail on the third week of April.

A report that came out in the Times claims that:

It is possible that those with outside spaces will be allowed to start serving customers as early as April, however it is likely to take longer before indoor service can return.

While a senior aide at The Sunday Times said that:

The two areas where people have been hurt are in education and the fact that no one has been able to have social contact with friends and family.

Current numbers in the UK

Yesterday, 21 February, the UK reported another 9,834 new COVID-19 cases and 215 deaths bringing the total death toll to just over 120,000 since the beginning of the pandemic.

But as numbers are steadily declining and the light at the end of the tunnel seems to be fast approaching, experts are urging the general public to continue respecting the safety measures set in place to contain the virus as much as possible.

Even with schools reopening in the next few weeks, masks will continue to be mandatory when circulating publicly and a limit in the number of people that will be able to gather will also be need to be respected to avoid hefty fines.

Later today, Johnson will be sharing his 'roadmap' out of lockdown with MPs.