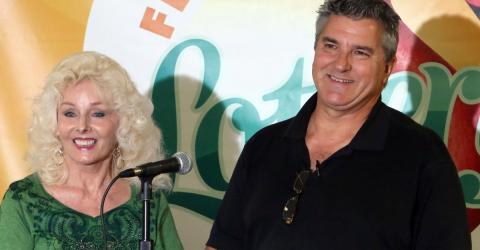 What would you do if you won the lottery? Your life would undoubtedly completely change. However, in the United States, this very lucky couple reacted to their big win in a very unexpected way.

Who hasn’t dreamt that they might one day win the lottery? Sports cars, expensive jewellery, holidays in paradise… The sky's the limit when you have all the money in the world.

They bought almost nothing

However, this American couple from Florida took a very different approach when they won the huge sum of 528 million dollars in February in the Powerball (American lottery).

At 56 and 71 years old, David and Maureen, who have the biggest win in the history of the lottery, haven’t really changed their lives in 5 months. Although the couple got themselves two new cars (a Tesla for madame and an off-road vehicle for monsieur), David and Maureen haven’t actually spent any of the money since they became millionaires.

Still living in their modest house in Melbourne Beach, the couple still do their shopping in the same stores and go to the same restaurants as they did before.

When interviewed by the Daily Mail, the couple explained that they prefer to take care of their family and still play the same numbers on the lottery. Maybe they’re hoping they’ll get lucky twice!