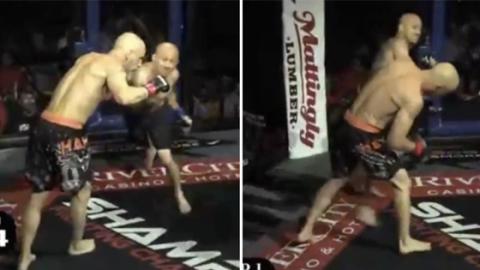 The scene took place during an amateur fight it the Shamrock FC 305 between Steve Mutzu and Jason Stevenson. Guard down, chin up. Mutzu is definitely not going through to the next round! The following will definitely make him reconsider his fighting style after he received an enormous blow that will leave him a zombie. A walk worthy of some of the best episodes of The Walking Dead. 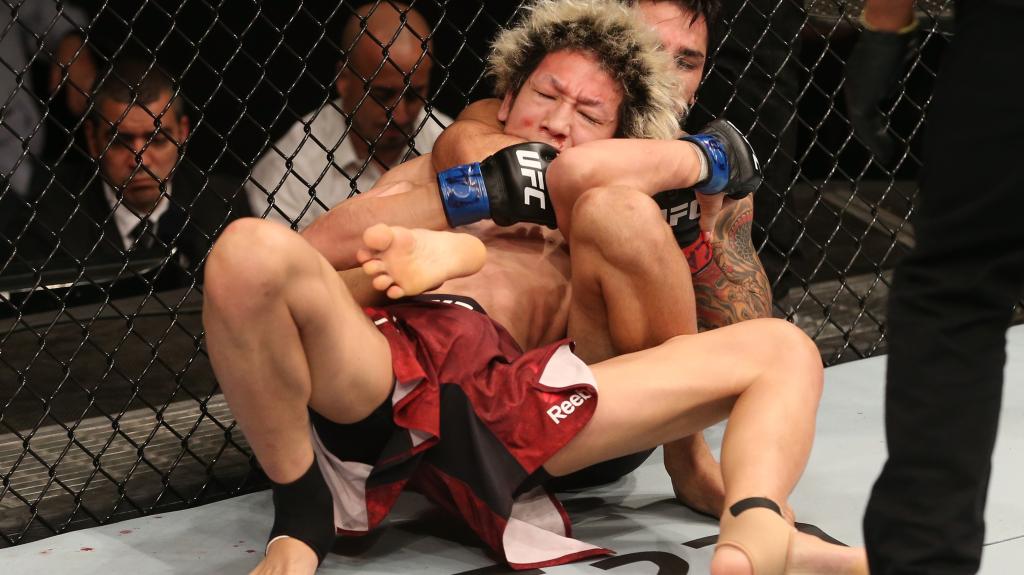