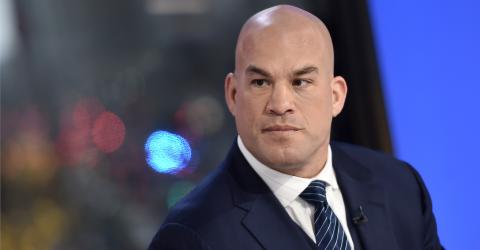 Former UFC Light Heavyweight Champion Tito Ortiz has been popping up on our radars recently as a result of his conspiracy theory concerning the COVID-19 virus. When has the Huntington Beach Badboy not been a magnet for controversy?

As well as being a legend in the world of mixed martial arts, Tito Ortiz is also well-known for his opinionated ideas on many (maybe too many) different subjects. During a recent Q&A session with fans on social media, the former UFC champion revealed his theory about the COVID-19 virus, which then made its way around the world almost as quick as the virus itself.

According to Tito Ortiz, the virus was actually created from scratch by humans in order to stop people from protesting. He then took to social media to explain and develop his crazy theory further, explaining:

Do I think the Coronavirus is real? One hundred percent I think it’s real. Yep, man-made, a virus that is taking out all the old people. It’s kind of crazy, this is something I’d like to talk about though. Remember in China when they’re doing all the protesting? They had so many people out on the streets and everyone wanted to be like us Americans and chanting the national anthem. And then all of a sudden boom, that s**t was over within in a day. People were following Coronavirus [as] the most craziest thing in the world. Now you don’t see any of those people protesting, do you? At all. I think in Italy they’re doing the same thing. You don’t see those protests any more, do ya? Pretty crazy.

At 45 years old, Tito Ortiz has had a legendary career so far and apparently isn't planning on stopping. He's got a record 21-12 and has been a part of some of the biggest rivalries in the history of the sport. Who could forget the Ortiz-Liddell trilogy? Scratch that, we're going to go ahead and pretend the third fight never happened...

He's taken part in fights against some of the best fighters of his time such as Rashad Evans, Chael Sonnen, Wanderlei Silva, Chuck Liddell, Vitor Belfort and even Lyoto Machida.

Most recently, Ortiz signed a multi-fight deal with Combate Americas.