At just 19 years old, Tenshin Nasukawa already has a serious career in Kickboxing behind him which is an advantage that has allowed him to get ahead since he arrived in MMA.

During the Rizin 10, the young prodigy faced off against his Japanese opponent, Yusaka Nakamura. Before taking his opponent down for good during the second round, he took him down a first time just before the end of the 1st round, with a magnificent Rolling Thunder head kick. Whether it was talent or a lucky shot, we can only bow before this kick worthy of the Gods. 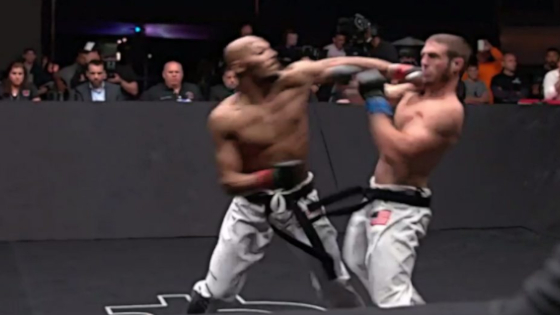 Karate Combat League Kicks Off With An Incredible Knockout