Every weekend, we're treated to brutal knockouts across different contact combat sports. Fans of these sports are used to seeing footage of fighters collapsing after taking a strong punch and being knocked unconscious for a split second.

And when a professional fighter is delivering the punch, it's not uncommon for the opponent to have an unusual reaction. Kickboxer José Maria Quevedo was recently so out of it, he thought he had won when he had actually just been knocked down to the mat.

Remember that crazy fighter who got so carried away he couldn't stop hitting his opponent, who was already knocked out? And you can't forget all those faceplant knockouts, where fighters are knocked unconscious and just collapse on the mat.

This time, Norwegian fighter Torbjørn Madsen showed us a new way of being knocked out. Undefeated until his fight against South African Mzwandile Hlongwa at an event held by the EFC, a South African MMA organization, he took a shockingly brutal spinning elbow. Indeed, he was hit so hard, he stood unconscious for a few seconds before "Shakebone" (which, it turns out, is a very fitting nickname) knocked him down to the mat. Brutal!

Check out the video above to see the knockout! Seems like we may have a contender for KO of the year on our hands! 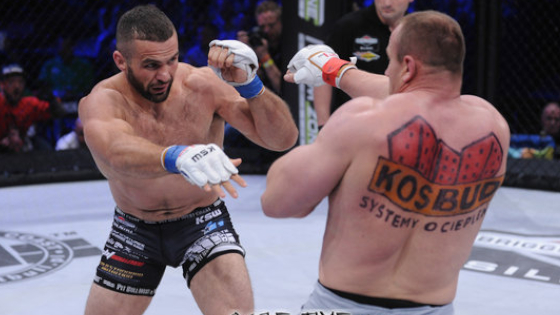 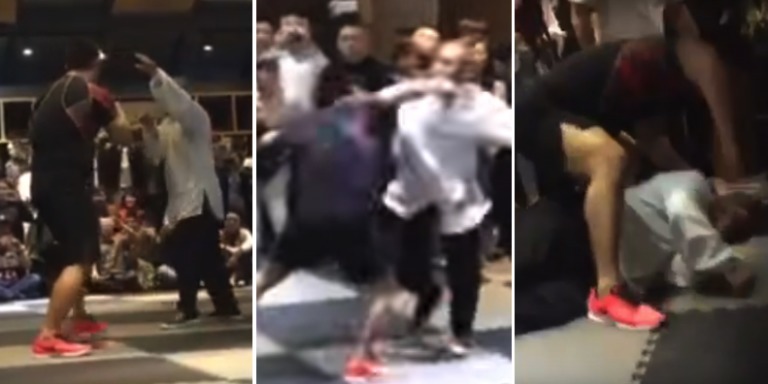