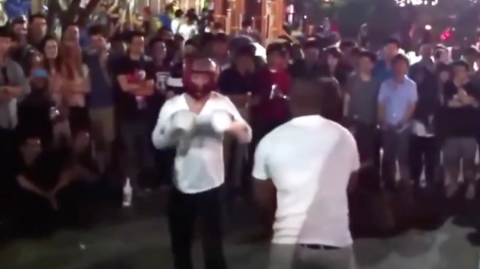 We've found yet another genius. A man decided it was a good idea to challenge a former pro boxer. Spoiler: it ends badly.

Although they may have been legends in their prime, sometimes, former athletes can end up missing the limelight and do some pretty strange things to try and stay current and relevant in modern society.

This formerpro boxerin the red helmet seems to be one such athlete. He decided he wanted to put on a show for passersby in the street and challenged them to try to touch him. All he has to do is dodge their advances. This kind of street entertainment is quite common in some countries, as evidenced by this other video.

However, this nice, little game took a turn for the worse when one passerby asked the former boxer to actually hit him back. The ex-boxer refused at first, then agreed to hit back, but only with his left hand. But when his opponent decided to go harder, the boxer decided to follow suit. One-Punch Knockout.

This is a lesson you should never forget, guys. You should never challenge a boxer! These two learned this the hard way, as did a member of the Hell's Angels.

Check out the video at the top of this article to see this street fight in action! 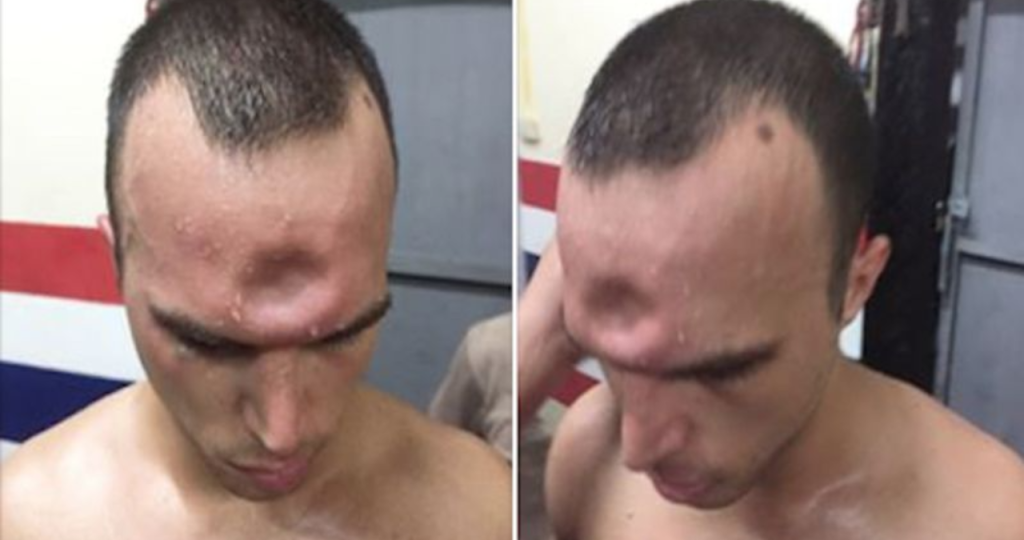