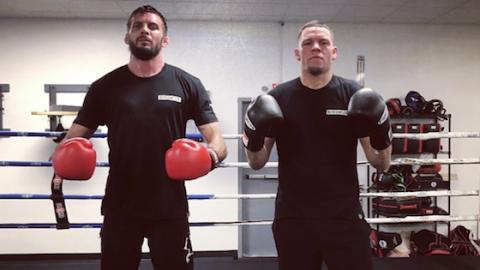 The only man in the UFC to have beaten Conor McGregor may be coming back - and sooner than we expect.

After months upon months of provocation on Twitter, threatening to leave the UFC if Dana White didn’t agree to million for his next fight, it seems that Nate Diaz is finally ready to get back into the octagon.

On Instagram, the only fighter to have defeated Conor McGregor in the UFC posted a photo of himself in the ring along with a caption reading ‘Good work wit my boy @luke_1er Back in action #beast’. Despite the meteoric rises of Tony Ferguson and Khabib Nurmagomedoz in recent times, Nate Diaz is still considered a serious contender in the lightweight division even given his absence from the fighting scene. Even though rumours of a rubber match between him and McGregor were squashed by Dana White, Diaz fans can rest easy knowing the fighter will be back in the ring in the coming months.