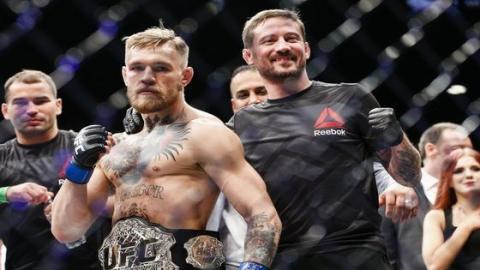 Like the rest of the world, John Kavanagh has no idea what’s going on in regards to UFC’s decision to strip Conor McGregor of the lightweight belt: “I’m hearing this at the same time as everyone else. Is it an interim title fight or is it a belt fight? I don’t know.”

Regardless of what the UFC decides to do, Kavanagh will continue to consider Conor McGregor the true champion of the division: “I think regardless of what way it’s sold, I think it’s still going to be known who the champion is. I know that’s going to upset a lot of people, but there you go, that’s my opinion on it.”

According to him, whoever comes out on top in the bout between Tony Ferguson and Khabib Nurmagomedoz will surely feel some reservations about their win: “If it happens that those guys fight each other, and if it happens for the belt, they’re both going to think to themselves, ‘I’ve got to beat Conor to be really seen as the champion.”

While a win for either one of the competitors would be considered a huge win, one has to think that the win won’t hold as much weight as a proper victory over the current reigning champ McGregor. However, the division is growing increasingly more impatient as McGregor hasn’t defended his title once in the 14 months since winning it from Eddie Alvarez in 2016.

Will Conor McGregor, the first man to hold two belts from different divisions, lose both of them without defending them once? Time will tell. 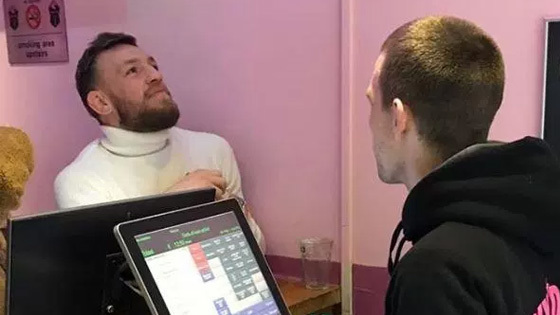