According to his coach, Firas Zahabi, Georges Saint-Pierre goes all out when he is working out. But at the same time, he's also a little bit afraid of aliens! Fortunately, he has developed an infallible technique (or not) to protect himself from them! 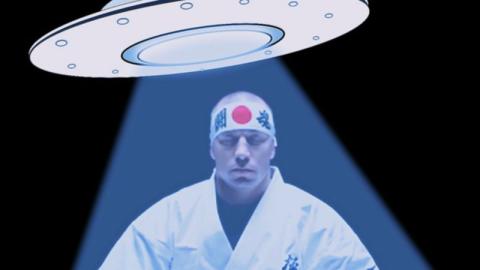 While he could be enjoying a well-deserved retirement, after two years away from the UFC cage, and his last fight where he had a stunning comeback against Michael Bisping, Georges Saint-Pierre has obviously not stopped working out. In Joe Rogan's podcast, his coach Firas Zahabi once again praised the qualities of his protégé:

‘Dude, I’m telling you, if Usman or Colby gets injured…. Well, I dunno, I don’t want to speak for Georges. But man, he can kill anybody, this man. He’s the world’s greatest martial artist. I think so. I’m telling you, he’s a monster. He’s an animal. He loves to train.’

If only a ‘megafight’ could convince him to return to the Octagon, GSP is obviously still in shape and is probably not afraid of anyone. Or rather, he's not afraid of any human being! According to his coach, he is afraid of being abducted by aliens:

‘I share a hotel room with him many times. He puts a foam roller up against the door like this. I move it, I put it away. “No, bro, leave it there!” For what? ‘“In case the aliens get us.” He’ll know the next day because the foam roller was moved. Because they wipe his memory after. But he’ll know because they don’t know he put the foam roller there. So when they move it, it’s a cue for him to remember.’

You can be one of the most respected fighters in history, and still have your little phobias. Concerning his technique, we hope he has a plan B, in case the aliens have the presence of mind to erase his memory from the moment he puts down the foam roller. Keep working on your strategy, Georges! 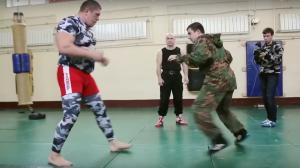 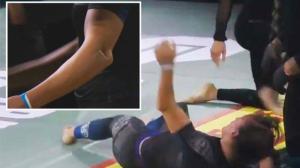 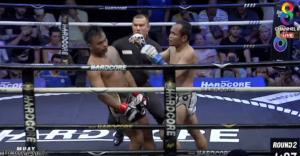 Sport, mma
A Muay Thai Fighter Sent Both His Opponent And The Referee To The Ground