Battles between creatures in the wild can often be quite violent. Here, an emperor scorpion faced off against an Asian giant hornet, and their duel was impressive to say the least!

These two specimens are very imposing, but beware: the stronger of the two may not be the one you expect... The emperor scorpion may be larger and more impressive, but its sting is not fatal for humans. The giant hornet, on the other hand, is very dangerous because it can kill... with a single sting. Can't wait to see what happens? Check out the video above to see the fight go down.

Where do they come from?

The emperor scorpion is a very imposing species, considered one of the most beautiful of its family. It is very easy to keep in captivity, and keeping it as a pet is a new and somewhat unusual trend. Nevertheless, this domestication is threatening it little by little, and it is now a protected species.

This scorpion can be found in Africa, in the tropical and humid forests of the Democratic Republic of Congo, Guinea, and Nigeria. What characterises the emperor scorpion is its massive black carapace, as well as its very impressive pedipalps.

The giant hornet is native to Asia: many are found in Japan, China, and Cambodia. Globalised trade, however, has allowed it to enter Europe, where it is posing many problems. It is five times larger than a bee, making it a devastating predator for bee populations; it can kill 300 bees in less than an hour.

The giant hornet is being actively fought against because it could decimate entire colonies of bees if its reproduction is not controlled. 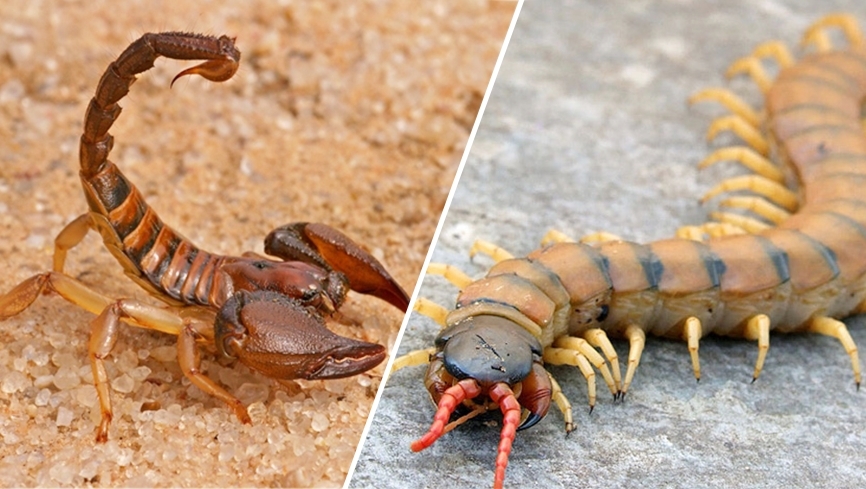