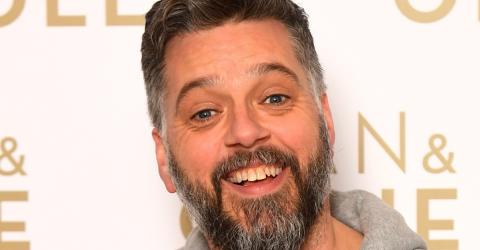 Comedian and radio presenter Iain Lee has surprised fans this week by making a series of emotional on-air revelations about his personal life. Whilst speaking about his experiences with his therapist, Iain came out as bisexual to listeners of his late-night radio show.

Iain Lee saw his profile massively raised by his appearance on I'm A Celebrity... Get Me Out Of Here! in 2017 but he also was very open about the toll the experience took on his mental health as he struggled to get along with other campmates, who were accused by many fans of 'bullying' him.

Since then, he's been very vocal about mental health and his experiences with depression. During an appearance on Channel 5 documentary Me and My Mental Health, Iain opened up about the sexual abuse he was subjected to as a teenager, saying:

'A lot of my depression comes around self-loathing, shame and guilt. How do I say this? There was a bit of sexual abuse that went on as a kid. A scout master and stuff, which kind of weighed heavily on me.

It is the most horrendous messed-up scenario, it was humiliating and it was shameful, and I remember getting home to my mum and dad and never telling them. I never told them.

I think it certainly played a part in my depression, what happened to me at the age of eight. I can see that as the starting point for it. Because up until then the memories I do have are generally quite happy.

Now I feel embarrassed and ashamed talking about it, it was 35 years ago.'

Iain credits the therapist that he has been seeing to help him with this past trauma and his depression with helping him come to the realisation that he is 'probably bisexual'. His emotional coming out was met with a wave of support online.

Take a look at the video above to see exactly what Iain had to say - and the supportive message from one of his former I'm A Celeb campmates...