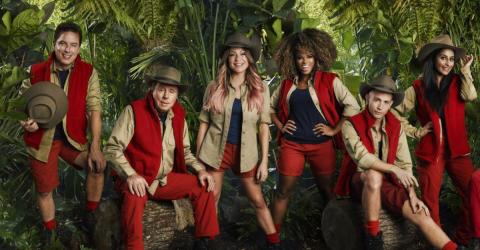 Could This Be The Mystery Second Late Entrant To I'm A Celeb?

Ten celebrities are now in camp, and Noel Edmonds is widely believed to be the 11th. But there are normally TWO late entrants to the jungle and eagle-eyed fans reckon they've worked out the 12th star who's heading in...

When the I'm A Celebrity... Get Me Out Of Here! 2018 line-up was announced you may have noticed something very different about it compared to previous years. Whilst the last few years have seen reality stars taking the jungle crown - Geordie Shore's Vicky Pattison, Gogglebox's Scarlett Moffatt and Made In Chelsea's Toff - this year no reality stars have so far entered the jungle. You could argue that X Factor's Fleur East is a reality star but we'd count her more in the category of singer.

Although we're more than happy with the celebs who've been cast this year - including some of the biggest names ever - we have to admit we're a little disappointed not to see any of our favourite Love Islanders in there. We reckon Megan Barton-Hanson would have been an ace at Bushtucker trials.

Still, there is still one mystery celeb to enter the jungle late alongside Deal Or No Deal's Noel Edmonds and all the signs are pointing towards it being a Love Islander... check out the video to see who it is and why we reckon they're going in!