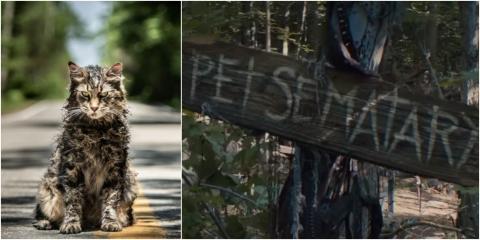 After the first cinematic adaptation hitting the big screens back in 1989, Stephen King's chilling horror fiction novel is recreated once again - but with a grisly new twist...

'Sometimes dead is better' - the eerie catchphrase of the 2019 adaptation of renowned author, Stephen King's novel, Pet Sematary. After Paramount Pictures has dropped two spine-chilling trailers, we've gotten a sneak-peak of the latest rendition of the horror fiction novel. With a mix of supernatural entities combined with creepy critters and murderous zombie-children, it seems to tick the boxes when it comes to achieving a sufficient scare-factor.

The blood-curdling tale follows the story of a doctor, Louis Creed (Jason Clarke), his wife, Rachel (Amy Seimetz) and their two children who move to the rural state of Maine. Before long, the newbie family discover a seemingly-ordinary cemetery where various pets have been buried throughout many years. The chilling twist? If the cemetery in itself isn't creepy enough, then the fact that it rests upon a cursed ancient burial ground should add a little bit of spice. After various perilous tragedies invoked an impulsive mindset in the midst of deperation - we'll just say that things didn't seem quite the same, unleashing a chain full of unsettling terror.

Directed by pair who previously collaborated for Starry Eyes , Kevin Kölsch and Dennis Widmyer have also taken a slightly different route with regard to some of the main features of the plot, bringing a sense of excitement and anticipation regarding a fresh take on one of King's most renowned horror tales.

If you're an avid horror lover, you better be grabbing a like-minded pal because the supernatural horror will be hitting the big screen in April, 2019!

Check out the latest trailer above!