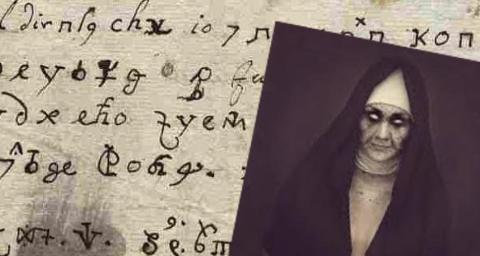 Written almost four centuries ago by a nun from a Sicilian convent, a mysterious letter has just been decoded. Written in a coded language, this manuscript could have been dictated at the time… by the devil!

Here is a story worthy of a horror film. In 17th century Sicily, Isabella Tomasi, who later became Sister Maria Crocifissa della Concezione after entering the convent, wrote a completely indecipherable letter dictated to her by… Satan!

A letter decoded thanks to the dark web

Written with the help of codes, ciphers and other specialized symbols, this manuscript has been the subject of all mysteries for a long time. This is until quite recently when a group of Italian computer scientists were able to decode the content, according to the reliable British daily newspaper, the Times.

With the help of a program found on the ‘dark web’, they could actually translate the nun’s strange writings that were delivered 340 years earlier. What they have found is puzzling.

Among this mess of signs which are borrowed from various alphabets, computer scientists have managed to decipher about fifteen lines that talk about God and the Devil and essentially describe God as the invention of man. In these writings, the nun also notes that this religious system 'would not work for anyone'.

In her letter, Sister Maria also talks about the River Styx, which separates the earthly world from hell and which, according to her, would exist beautifully. 'Totally incoherent', this text highlights the clear suffering of a woman with serious psychological problems, somewhere between schizophrenia and bipolar disorder.