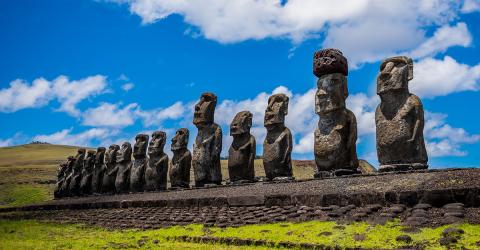 The statues on Easter Island have been confusing scientists for a while now and there are numerous theories as to where they came from and why they’re there. The most recent of these theories is that these figures could have been used to mark areas where fresh water could be found.

There has been a lot of speculation surrounding the Rapa Nui people. These individuals, who created the famous statues on Easter Island, have provoked as many questions around their disappearance as there is about their way of life. Among other things, how could a population that used to have 15 to 20,000 individuals in its heyday have survived with so little fresh water available? Researchers think they’ve finally found the answer.

Fresh water from the ground

Anthropologist Carl Lipo has been studying the Rapa Nui people for almost 20 years. With his team, they decided to measure the salt concentration in the coastal water around the island in order to determine if the concentration could have made the water drinkable or not for the population. In reality, the process of discharging groundwater to the sea normally provides access to freshwater sources around the coast.

Their study, published in the Hydrogeology Journal, revealed an acceptable rate of salt concentration, making these coastal waters safe to drink. A lot more research that has been done has meant the team can determine that no other source of fresh water was available on the island, leading them to conclude that the groundwater discharge most likely played a critical role in the survival of the island’s population.

‘The porous volcanic soil of Easter Island quickly absorbs rain, resulting in a lack of rivers and streams,’ explains Lipo.

‘Fortunately, water beneath the ground flows downhill and ultimately exits the ground directly at the point at which the porous subterranean rock meets the ocean. When tides are low, this results in the flow of freshwater directly into the sea. Humans can thus take advantage of these sources of freshwater by capturing the water at these points.’

Has the mystery of the statues’ locations finally been solved?

Researchers have been asking themselves for a longtime why the famous statues are only in certain areas on the island, a number of which have been placed near the coast. With this new study, the team thinks they’ve found the answer.

However, this opinion is not shared among all specialists. The main argument against Lipo’s study is to do with the presence of tanks (known as taheta), that were used to collect rain water, that have been found scattered across the island. For his part, the anthropologist believes that, judging from the calculations done by his team, the rainwater collected by these tanks alone wouldn’t have been enough to ensure the survival of the Rapa Nui people, and that these tanks would have needed to be a lot bigger if this was their primary source of fresh water.

Is this a step in the right direction for understanding this mysterious population? Possibly, but like always, ‘a lot more research on the subject is needed’. 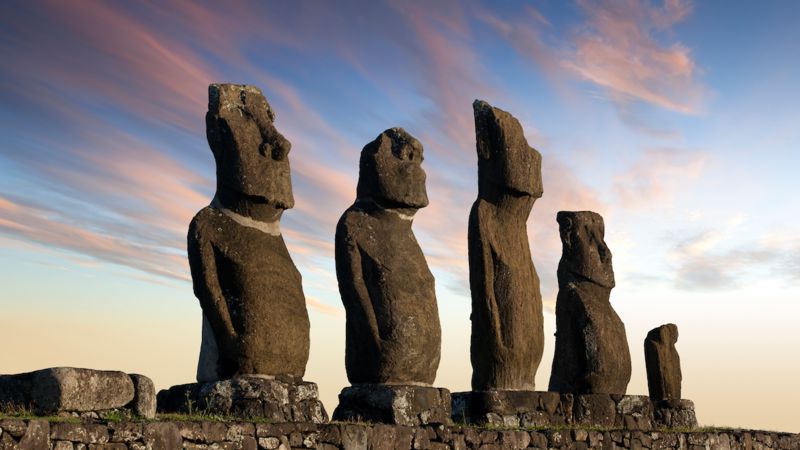 What were the cryptic statues on Easter Island really used for?