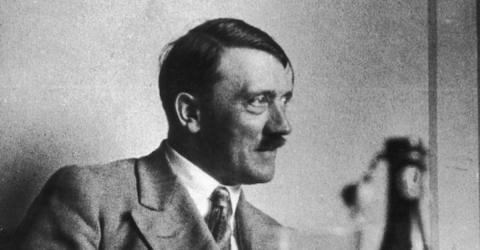 There are many rumours surrounding the life and death of Adolf Hitler. French coroner Philippe Charlier has recently analysed the remains of the dictator’s bones and teeth, which are being kept in Russia, and some very exciting information has been revealed.

Even today, intimate details about Adolf Hitler are being discovered, such as the reason why Hitler never consummated his marriage and why he lost his first girlfriend.

But for a long time, his death has remained a mystery. If you go to Berlin where Hitler killed himself, you won’t find anything. He took his own life in an underground bunker but all that is left above it today is a simple parking lot and there is no sign or indication of the gruesome story that took place here.

There are lots of barriers and obstacles that have been put in place to help the city of Berlin forget about Hitler and his death, fascism and neo-Nazis that, at one time, but no longer have any influence over the city and its layout. But some mysteries still remain.

Philippe Charlier, a French coroner who is recognised around the world for his work, has recently analysed some of the dictator’s remains. He closely examined a piece of his skull and teeth that were being kept in Russia. He wanted to find out whether these bones really belonged to Hitler or not.

There are no photos of Hitler’s body and numerous theories were sparked in the decades following his death that he possibly escaped to Argentina or Japan. These theories exist because Stalin allegedly told Churchill that the Russian’s couldn’t find Hitler’s body. However, it seems that the Russian’s did actually take possession of Hitler’s remains whereas others believe that he may have even committed suicide twice.

The results of this analysis prove that the teeth did, in fact, belong to Hitler. This is proof that he died in 1945 in the bunker, probably as a result of a headshot. But his teeth also clear up another rumour that had been floating around. Was Hitler a meat eater or a vegetarian? Check out the video above to find out.

They Made An Priceless Discovery While Digging Underneath This Ancient Theatre

An Incredible Lost Letter From Galileo Resurfaces After 400 Years