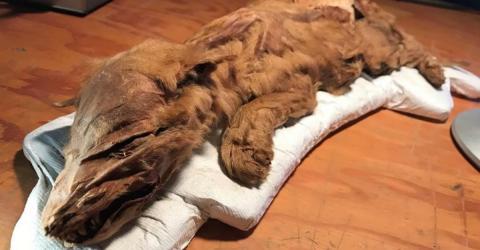 In the Yukon in Canada, gold diggers uncovered the mummified body of a young wolf that had been dead for more than 50,000 years. Very well preserved, its remains still had fur, skin and muscle tissue. This is an extremely rare discovery for specialists.

Only weeks after the announcement of the discovery of the body of a 40,000-year-old colt in Siberia, another creature of the past has just resurfaced, a young wolf dating back tens of thousands of years. His body was discovered perfectly preserved in the Klondike region, located in the Canadian territory of Yukon, known for the famous gold rushes that began in the nineteenth century.

It was workers in a gold mine who discovered the young wolf. It was actually found in 2016 but has just been unveiled at a ceremony held in the city of Dawson. ‘To our knowledge, this is the only mummified wolf from the ice age ever discovered in the world,’ Grant Zazula, a local paleontologist working for the Yukon government, told the CBC.

A body in a remarkable state of preservation

According to the analyses conducted, the young wolf died more than 50,000 years ago, which is quite impressive considering the state of conservation in which it was found. The mammal appears to be preserved in its entirety. This is extremely rare since its fur, skin and muscle tissue are all preserved and exceptional details can be seen on its head, tail and legs.

Quoted by The Guardian, Elsa Panciroli, a paleontologist at the University of Edinburgh said ‘wolf bones from the Ice Age are relatively common in the Yukon but finding a preserved animal with its skin and fur is just outstanding [...] This is an evocative overview of the world during the Ice Age.’ This rare state of preservation is undoubtedly attributable to the cub's habitat.

More than 50,000 years ago, the Yukon looked like a vast, dry tundra with several different animals, including woolly mammoths. The cold, dry climate would have helped preserve the body, skin and fur; the young wolf died at the age of about eight weeks according to estimates. On the other hand, the cause of death is still unknown.

A wolf and a caribou rich in information

The cub is not the only creature found in the area. Shortly before it was discovered in 2016, another specimen was found in layers estimated at 80,000 years old, a young caribou also with its skin, fur and muscular tissues preserved. However, this animal appeared to be only partially preserved, its remains included only its head, torso and both lower limbs.

The wolf’s body, like that of the caribou, has been entrusted to scientists who now hope to learn more about them by conducting genetic analyses. The objective is to acquire new information on the cause of their death, their diet, their state of health and their age. Learning more about these elements could help to know how these animals evolved in their environment.

Specialists also want to compare them with current species in order to find out more about their origins and how they are related. Wolves and caribou are in fact animals that are still evolving in the Yukon territory. ‘These remains are very evocative because they allow us to make an almost face-to-face connection with these animals that are tens of thousands of years old, but who have an appearance that is seemingly much more recent,’ concluded Thomas Higham, an expert in archaeological dating at Oxford University. 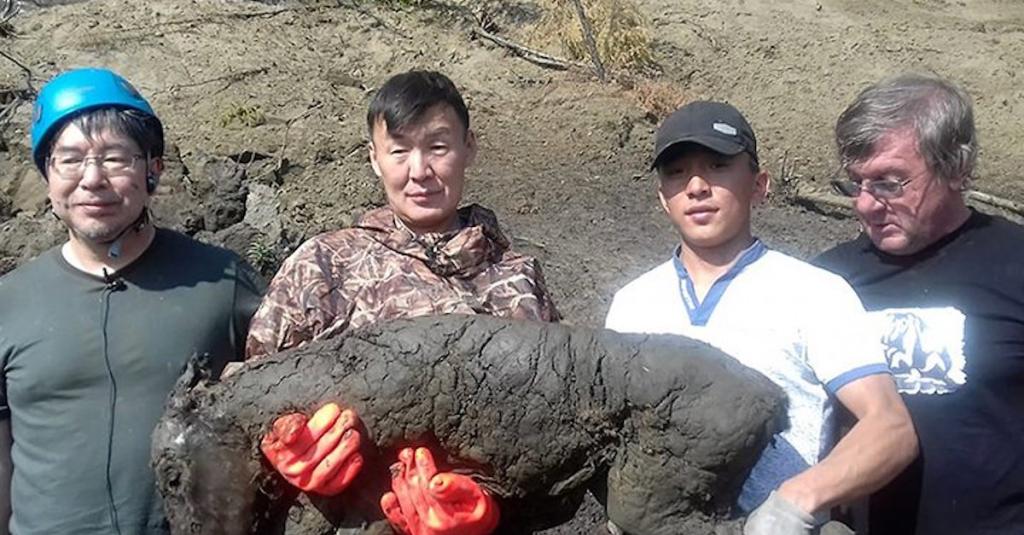 A 40,000 Year Old Perfectly Preserved Foal Has Given Us A Glimpse Into The Past