Incurable, the ‘geographic tongue’ is a chronic condition that changes the surface of the sufferers’ tongues into a ‘map’. Although it’s still rather unknown, researchers at the Weizmann Institute have lifted the veil a bit about this strange condition.

It is also known as benign migratory glossitis, but no one really understands this condition yet. It is more commonly known as a ‘geographic tongue’ and is characterized by a change in the way that the sufferer’s tongue looks, to the point where they start to look a bit like a map.

With unknown causes, this condition is incurable today but researchers at the Weizmann Institute have just lifted a bit of the mystery surrounding the condition.

What is a geographic tongue?

When someone has geographic tongue, it starts to look like a map because of the irregular, red patches that appear on the surface which are bordered by white patches. The shape of the ‘map’ can vary from day to day and the it can look like an inflammation of the so-called filiform taste buds appearing on the red patches.

Although it is benign, a geographic tongue can affect the sense of taste in those who suffer from it and some people experience an iron taste in their mouths. But the condition can also by painful. The tongue can crack, and acidic foods can cause a burning sensation. According to estimations, this condition, that there is currently no treatment for, only affects 2% of the world population.

Although this is a chronic condition, it can appear and disappear for those who are affected, adding to the mystery surrounding it. Only some symptoms can be treated to reduce the discomfort and embarrassment that can stem from having it.

More than one type of geographic tongue

Physicians at the Weizmann Institute in Israel have however, lifted a bit of the mystery surrounding this condition. By studying the characteristics of the inflamed patches, i.e. their shape and how they change over time, researchers have managed to show that there are at least two types of geographic tongue.

For the first type, the inflammation appears in little circles that spreads more and more but still keeps this circular aspect. Just like a fire that can’t return to an area it has already burnt up until the vegetation grows back, the red patches don’t reappear on areas that it has already touched. On the contrary, the other type of geographic tongue brings with it repeated inflammation of the same areas that can persist for a long time.

With this second type, the patches appear in a spiral that can sometimes spread to areas of the tongue that are in the process of healing. Researchers hope their results will help them to better understand this strange condition. Doctors are now able to use it to know what type of geographic tongue patients are suffering from and which will allow them to better evaluate the situation. 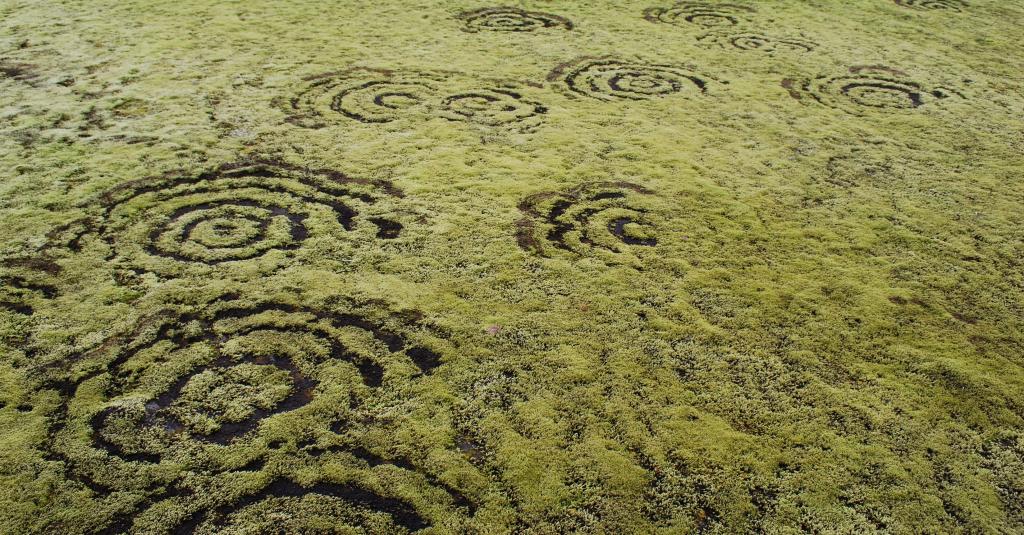 The Mysterious Origin Behind These 'Fairy Circles' Has Been Debunked