Far from a harmless, albeit pretty gross habit, relieving yourself in the pool could actually be harmful to those swimming around you. Several studies show that urinating in the pool is more common than you might think... but the effects of mixing chlorinated water with urine may surprise you.

The weather is nice, it's hot out. With friends, family or alone, nothing beats taking a swim in the cool water of the nearest swimming pool. Behind its lightly chlorinated scent, small and large pools have a dark secret that nobody talks about.

Everybody does it, nobody knows

We all more or less have done it at one point without any need to deny it; peeing in the pool is a much more common practice than you might think. A study from 2017 indicates that, on average, a public swimming pool contains an average of 75 litres of urine…

If you haven't noticed it so far, it's because the pool water is mixed with chemicals to give the water that pleasant colour. But under the clear water everyone's expulsions mingle with the chemical agents, making everyone swim in a dangerous cocktail, and as Enest Blatchey, environmental engineer at Purdue University puts it: ‘Urinating in the pool is like passive smoking, it's rude, and urine in the water can cause hygiene problems.’

A process of water sterilisation is carried out by machines to disinfect the water and protect swimmers from all kinds of infections. The main disinfectant used is chlorine, which is present in bleach but also in your table salt. Its dosage in swimming pool water is very controlled and cannot exceed 3 to 4 mg per litre.

When a person pees in the pool, the urine mixes with the chlorine, causing the dangerous formation of two harmful substances, trichloramine and cyanogen chloride.  Trichloramine goes into the air and its accumulation in swimming pool halls can cause eye and respiratory tract irritation, even rhinitis and asthma attacks. Cyanogen chloride is a powerful irritant affecting the body's ability to use oxygen.

In 2016, for example, pool workers exposed to these substances in the United States suffered from eye and respiratory problems, due to poor water quality and a lack of ventilation.

Even worse if you don’t shower

Some people have not yet understood it but showers are installed in the changing rooms for a reason. As a first step before swimming, the shower cleanses the body of many substances that are harmful to pool hygiene, such as lotions and sunscreen, or sweat.

Urinating in the pool while avoiding this step is the ultimate combo to reinforce the toxicity of the water and to cause the appearance of carcinogenic substances such as nitrosamines. To make matters worse, a study shows that about 4 out of 10 people skip the showers and go directly into the pool. 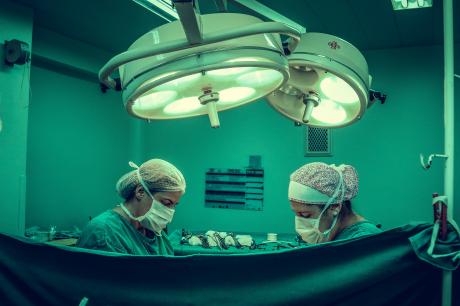