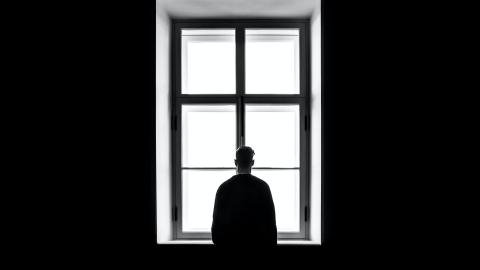 We've all heard of the saying a ‘mid-life crisis.’ A study has confirmed that this period points to the precise moment when depression reaches its peak.

Could this be scientific proof of the infamous ‘mid-life crisis?’ A study, led by economics professor David Blanchflower of Dartmouth College (USA) and published in The National Bureau of Economic Research on January 13th, succeeded in identifying the exact age at which depression ‘peaks’ in life: in developed countries, it is on average at 47.2 years old, and in developing countries, at 48.2 years old.

But what is this crisis, which occurs on average between the ages of 45 and 55? This ‘mid-life crisis’ is more frequent than you might think. As baldness rears its ugly head and children grow older, a disturbing transition phase occurs, which leads to a number of questions being asked.

This existential crisis manifests itself in different ways depending on the individual. Loss of interest in everyday activities, boredom at work, irritability with those around them, nostalgia for youth, the desire to give up everything... There are many symptoms, which are no joking matter since they can even range from mild depression to psychological disorders, as well as appetite and sleep disorders.

A notable peak at age 50

According to the survey, men (and women, for that matter) from all over the world experience extreme discomfort in their lives at the age of 47.2 years on average.

To reach these conclusions, the research team studied data from 132 countries to establish the relationship between well-being and age. Feelings of anxiety, loneliness, sadness, tension, phobias, loss of confidence... Everything was examined. It was found that in each country, the ‘unhappiness curve’ formed a U shape.

Professor David Blanchflower, interviewed by The Telegraph, said he had already identified a similar trend in primates. He says these new findings reinforce his theory that the mid-life crisis is a ‘universal constant.’ He told The Telegraph:

Something very natural happens here... maybe there's something in the genes. When you have this pattern in 132 countries, it was really hard not to find a constant.

The researcher now hopes that these results will raise awareness of the importance of mental health protection. But don't worry. The curve is U-shaped, so feelings of well-being decrease to a low around the middle of life... and then rise again! So it's just a bad time that one can get through, meaning the best is yet to come!