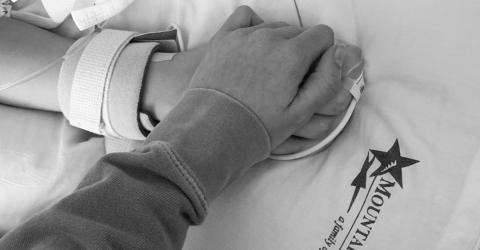 An 18-year-old American student shared her terrible story on social media. She had been vaping for 3 years when she found herself in the hospital last July, suffering from a serious lung disease.

In a Facebook post published on August 4th, Maddie Nelson, an 18-year-old student from Utah, explained how she believes that vaping has put her health at risk. Last July, the young woman went to the emergency room, complaining of severe lower back pain, chronic fatigue, fever and difficulty breathing.

Three years after dropping ‘classic’ cigarettes for their electronic counterpart, she realised that her condition was deteriorating rapidly, despite her hospitalisation. ‘My temperature was so high that my brain was no longer functioning at all. I thought I was going to stay for one night in the hospital but I stayed four nights. And this was just the beginning,’ she told the local Fox 13 channel.

A story shared to raise awareness

The doctors then placed the young woman in an induced coma in order to perform further tests. And the diagnosis was quickly made: Maddie's lungs were severely affected, she was suffering from acute eosinophilic pneumonia. A disease that could be a consequence of Maddie's intensive vaping according to doctors, who have no way of formally stating this.

Since coming out of the coma, Maddie is not out of the woods yet, and she wanted to share her story through a long post that you can see a little higher, accompanied by the hashtag #stopthevape, to encourage her acquaintances to drop electronic cigarettes, reports the New York Post.