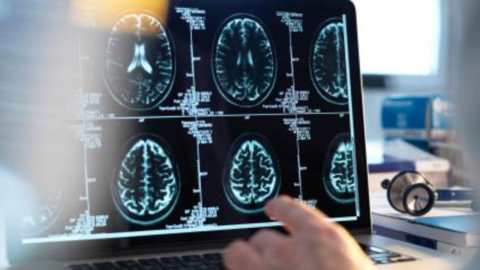 In an article published in the New England Journal of Medicine, doctors talked about the extreme case involving a young Indian man with an abnormal brain scan. Upon further investigation, they found the culprit... and it's terrifying.

This extreme case of an 18-year-old man who went to hospital in Faridabab in India was published in a medical journal. Doctors, who gave him an MRI scan, didn’t expect to find his brain full of cysts.

The man’s parents drove him to the hospital, informing doctors that their teen was particularly suffering from a pain in the right side of his crotch. Doctors decided to give him an MRI scan and an ultrasound. After examining the young Indian man, doctors discovered that his cerebellum, his cerebral cortex and his brain stem were full of larva that were in the process of encysting. The ultrasound reveals that they had also reached his right eye and his left testicle.

Doctors made their diagnosis: the young adult was suffering from neurocysticercosis. A parasitic infection in his central nervous system. This condition was caused by a flatworm known as the pork tapeworm (Taenia solium in Latin). Most people are infected with this worm through eating raw or improperly-cooked meat or drinking water contaminated with T. solium eggs.

Every cyst in the man’s brain was caused by a Taenia solium of which he had an extremely high number in his cranium. People infected by Taenia solium can go years without knowing they’re contaminated.

Cases of people with neurocysticercosis generally aren’t as extreme as this one. The man’s situation was so bad that doctors couldn’t even give him an antiparasitic because it could have aggravated his already very high level of intracranial pressure.

Doctors, therefore, gave him a corticoid to try and reduce inflammation as well as epilepsy medication to try and control his fits. Unfortunately, the young man’s case was too serious, and he died two weeks after visiting the hospital according to the New England Journal of Medicine.

Check out the video above to see the scenes unfold! Michael Collins' moon landing confession: 'I could have been a marked man for the rest of my life'