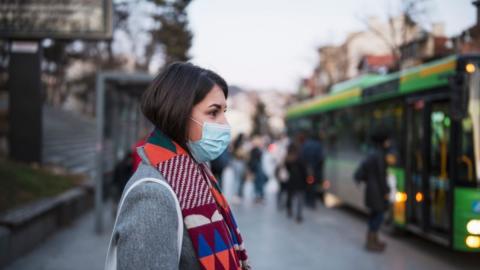 The European Director of the World Health Organisation has called on European countries to take action against a second wave of the coronavirus. More details below.

Instead of ‘congratulating themselves about the encouraging figures,’ European leaders should ‘prepare for a deadly second wave of the coronavirus.’ This is what the European Director of the World Health Organisation (Hans Kluge) hammered home in an interview with the Telegraph.

This warning comes in response to health predictions that are not very encouraging. The WHO recently explained that the evolution of Covid-19 was highly uncertain. While the situation is relatively positive in some countries, the Organisation also stressed that there is a chance this new coronavirus ‘never disappears.’

‘We have a new virus that is entering the human population for the first time and it is therefore very difficult to say when we will be able to defeat it. (...) This virus may become endemic in our communities, it may never go away…’

Ryan stressed that a ‘gigantic effort’ would have to be made on a daily basis to be able to control the spread of this virus, in particular through scrupulous respect for the rules of social distancing, while awaiting the possible arrival of an effective vaccine.

While the situation in Europe is rather encouraging at the moment particularly in some countries, Hans Kluge deplored the fact that some leaders are already proclaiming victory when the Covid-19 pandemic is far from over. In his opinion, there is a good chance that it will return as early as next winter.

He is particularly worried about the coexistence of this second wave with other seasonal epidemics which could make it all the more deadly. Hence the need for governments to prepare themselves as best as possible to limit the death toll through a reliable and flexible health care system. According to him, preparation is the key.

The figures are alarming for the scientific community.

On Friday, June 19th, Germany revealed their current situation using figures. The number of cases of Covid-19 has risen in Germany; there were 188,534 new cases on Friday morning, 770 more than the day before, according to a report from the Robert Koch Institute for Infectious Diseases (RKI).

There were also 16 more deaths according to the RKI data, for a total of 8,872 deaths since the virus arrived in the country. In Beijing, there have been 25 additional cases, and 32 new cases of infection in mainland China in the last 24 hours according to local health authorities.

Is South America the new hotspot?

The second wave, if it does arrive, could come from South America which has been seriously affected by the virus according to Jean-François Delfraissy:

‘The European Research Council considers that, given what is happening in South America, the risk of a true second wave coming from the southern hemisphere in late October, November or December is a risk that should be considered’

In short, it is important to prepare for a worst-case scenario by increasing the number of beds in intensive care so as not to be overwhelmed in the event of a massive resurgence of the virus, according to Hans Kluge.

Countries should learn from the mistakes made during the first wave and then ensure that they can best deal with a second wave, should it occur.

The European Research Council is of the same opinion

The European Research Council delivered a memorandum on Monday, June 22nd in which they give their opinion on a possible second wave.

This is the first time they have directly spoken out about the subject and their message was clear:

‘An intensification of the circulation of Sars-CoV-2 in the northern hemisphere in the more or less distant future (a few months, especially as winter approaches) is extremely likely’

Their comments are based in part on three facts:

And the results are alarming. Herd immunity represents only 5% of the population in Europe, according to the Council. Also, at present, the virus is still circulating strongly in the rest of the world ‘particularly in the southern hemisphere which is entering its winter period.’

The threat of a second wave is indeed looming according to the members of the European Research Council, even if they hope to be wrong.

See more information about Hans Kluge’s (WHO) comments in our video above.

Could China Be Hit With a Second, More Violent Wave of the Coronavirus With... 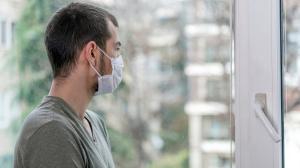 According to Scientists, This is When and How the Coronavirus Will End
Read also