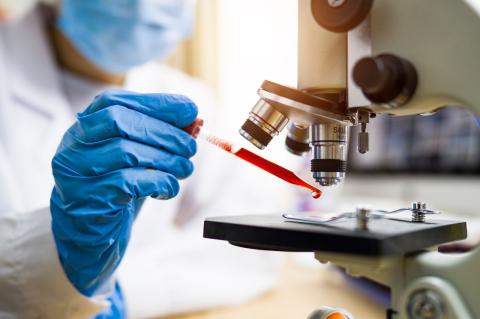 New technology shown to be super effective against cancer

A revolutionary new study has come out from Tel Aviv University in which cancerous cells in mice were killed using a gene editing tool. This new advancement in cancer research involves the use of the CRISPR/Cas9 system to treat even the most aggressive forms of the disease.

CRISPR/Cas9 is a gene editing tool that acts as genetic scissors giving scientists the ability to cut out things they don't want. It also allows them to add or alter sections of the DNA sequenceto better manipulate cancerous cells in patients.

How was the study performed?

The study consisted in using two of the most aggressive forms of cancer, glioblastoma (one of the deadliest forms of brain cancer) and metastatic ovarian cancer on mice. And after just one treatment, results found that the life expectancy in mice with glioblastoma doubled and their overall life expectancy had increased by 30%. Similar successful results were found in mice with ovarian cancer in which their overall survival rate improved by 80% upon completion of CRISPR/Cas9 treatment.

This is the first study in the world to prove that the CRISPR genome editing system can be used to treat cancer effectively in a living animal.

But what is even more promising, according to Dr. Peer is that:

It must be emphasized that this is not chemotherapy. There are no side effects, and a cancer cell treated in this way will never become active again. The molecular scissors of Cas9 cut the cancer cell's DNA, thereby neutralizing it and permanently preventing replication.

When will this be available for human patients?

Although results have been incredibly positive on mice, CRISPR/Cas9 is still in its infancy stage for clinical implementation on human patients to be possible at the moment. It is currently being used to eliminate cancerous ailments in embryos but studies have not been conclusive as of yet.