Nasopharyngitis: symptoms, treatment, transmission, what to do and how to treat it.

By the editors on March 1, 2018 at 4:18 PM
Last edited on December 28, 2018 at 5:37 PM
Nasopharyngitis is a viral infection in the airways. Very contagious, it is the main reason that adults consult a doctor in terms of their babies and young children. Nevertheless, it is mild and very easily treated.

Definition: what is nasopharyngitis?

Nasopharyngitis is a viral infection in the airways, around the pharynx and nasal cavities. Generally mild but very contagious, it is very common in young children from the age of six months. This is because their immune system isn’t mature enough at this point to defend itself efficiently.

When contaminated, the nasal mucosa inflates and produces and secretes large quantities of fluid. This then causes the nose to become blocked. It has been identified that more than 200 viruses can be the cause of nasopharyngitis.

Symptoms of nasopharyngitis are close to those of the common cold. A sore throat is the first to appear, following a mild fever (under 39°C). Symptoms also include a runny nose, a mild cough and headaches. In rare cases, there can also be nausea and vomiting.

Symptoms generally last between 7 and 10 days before they disappear. Therefore, it is not compulsory to consult a doctor. However, in the absence of treatment, some children can develop various bacterial complications such as otitis media (ear infections), laryngitis, a sinus infection or bronchitis.

Treatment: how to care for nasopharyngitis

In the majority of cases, nasopharyngitis heals by itself. Therefore, treatment is only given to reduce symptoms in order to limit discomfort. A doctor can prescribe paracetamol for the sore throat, antipyretics for the fever and decongestants to alleviate nasal congestion. Nevertheless, the latter are ill-advised for young children and a saline solution is preferred.

Medication against the common cold is controversial because it doesn’t cure it and are inadvisable for children under 15 years. Taking antibiotics is only put in place in cases of bacterial complications and are not used to treat the viral infection.

It is recommended to rest well in a calm place that is not too hot or humidified. It is necessary to keep hydrated and drink at least two litres a day. Hot drinks or herbal teas are also advised. 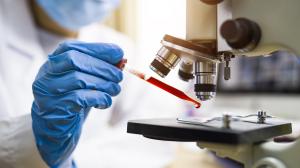 Lifestyle, health
Crocs are hazardous to your health if you have this foot shape!
Read more 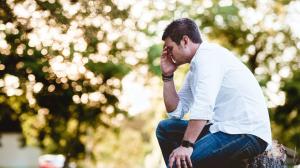 Lifestyle, health
Male breast cancer: Here are the symptoms to watch out for
More