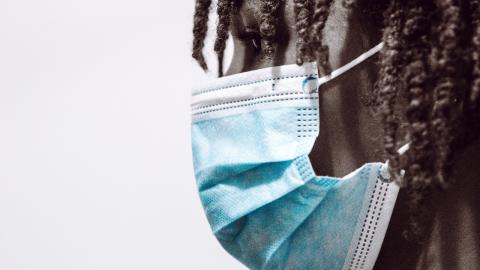 A recent study suggests that hundreds of thousands of people are still struggling with the long-term effects of COVID-19.

The NHS states that long COVID, or post-COVID-19 syndrome, is when those who have been infected by the virus, continue to live with the symptoms weeks after their infection is gone. A recent study conducted by the Office for National Statistics (ONS), found that over a million people in the UK have been affected by long COVID.

The ONS carried out this study over a four-week period which ended on 6 March, and according to their findings, an estimated 1.1 million people have experienced long COVID for more than four weeks after they were first infected. The survey was based on self-reported symptoms.

People were asked to detail symptoms that could only specificallybe caused by COVID, and of all the self-reported symptoms, fatigue, coughing, headaches and muscle pain were the most common.

ONS further estimated that more than 674,000 people had symptoms thatimpacted their daily life and routine.

The statisticians of ONS commented:

An estimated 674,000 people reported that their symptoms have negatively impacted on their ability to undertake their day-to-day activities. People who tested positive for COVID-19 are around eight times more likely to suffer prolonged symptoms than observed in the general population.

The ONS maintains that these current statistics are experimental, and are being tested futher. However, their findings should still be taken as a warning sign.

Back in January 2021, MP Layla Moran opened up this discussion in the House of Commons, urging the government to take this issue seriously. That was when an estimated 300,000 people were living with long-term effects, and now the number has increased dangerously. Moran pointed out that the majority of people struggling with long COVID were frontline NHS workers. She, along with 65 other MPS, are calling for this phenomenon to be officially classified as an occupational disease.

They are the true heroes of the pandemic and, sadly, many have developed the debilitating effects of long Covid, meaning that they are unable to return to full time work.

The government cannot abandon them now or ever.