Liposuction is the primary surgical operation in the world which involves removing unwanted fat in order to improve your figure. But how is the operation carried out and who is it for? Let’s explain.

Liposuction: what is it?

Also known as lipoaspiration, liposuction is often the most efficient option for getting rid of extra fat which doesn’t disappear with a classic diet. It also reshapes the figure by sucking out the unwanted fat deposits.

In men, these deposits are most often found around the abdomen, love handles, the torso and the neck, whereas in women, they’re found mostly in the thighs, hips, the backside, arms, knees or also the calves. All these areas and more (like the face) can be treated by liposuction.

Indeed, this operation makes the body lines smoother and it is in no way used to treat obesity. Liposuction is used as an addition to dieting and in order to have this operation, cosmetic surgeons recommend that the patient be as close as possible to their “ideal weight”.

The price for liposuction is extremely variable; in the UK, it can start from £2,000 and go up to £6,000 when multiple zones are treated with this technique.

Liposuction: how is it done?

Liposuction needs various consultations with a plastic surgeon who will study what the patient wants and examine the concerned areas. A 15-day period of reflection is compulsory before having the operation, presented to the patient by an operative record and a detailed estimate. Before the operation, blood-work and a consultation with an anaesthetist are necessary.

Carried out by a cosmetic surgeon, the operation lasts between 30 minutes and 2h30 according to the amount of fat there is to be removed from these areas. A small incision is made, generally in a skin fold. Then the surgeon inserts small tubes and nozzles, so that the fat can be sucked directly out of the concerned areas.

Liposuction needs a local anaesthetic, with or without sedation. However, the majority of liposuction operations are done under general anaesthetic when there is a considerable amount of fat. Hospitalisation will depend on the type of anaesthesia, whether it is as an outpatient (operation and discharge on the same day), or over 24 hours (discharge the next day).

Liposuction: after the operation

After the operation, a medical follow-up is imperative to ensure that the patient recovers well. Liposuction generally causes pains that are sometimes described as aches which last for many days. Medication can be prescribed to ease these pains.

Swelling can also appear but wearing some kinds of underwear can limit it from spreading and help the skin to retract. Regular massages are also recommended to seamlessly distribute the fat and avoid irregularities in the treated areas.

It is advised to avoid all very intense physical activity for a month afterwards.

As with all operations, liposuction presents risks which is why it is important to discuss them with the doctor beforehand. However, these complications are rare. They can be linked to the anaesthesia, but also to the surgery itself, which is why the choice of doctor and the anaesthesia should be decided based on their efficiency and competency and not the price. The complications that can arise include fat embolisms or tissue infections.

This Common Running Habit Is Terrible for Your Health 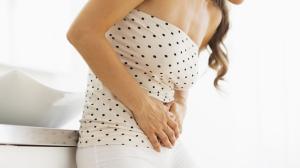 Appendicitis: Symptoms, Operation, Treatment, Causes, What is it? 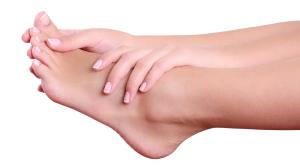