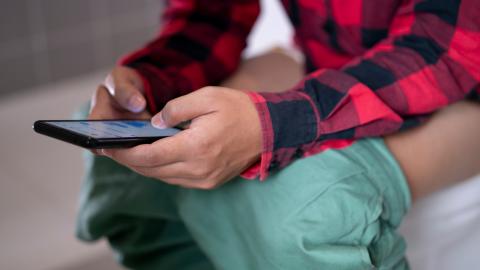 While many men urinate standing up, others prefer to sit down. But is it healthier to relieve yourself while sitting down?

Are you one of those men who urinate while sitting down? That's a question a user asked on Reddit, which generated many responses.

Do men pee sitting down?

My husband pees while sitting down, is this common?

This is a question that was on the mind of a young woman who asked Reddit users for their opinion. In general opinion, men urinate standing up in front of the toilet. But there are many men who prefer sitting down. One of the users had this explanation:

If his urine sprays in two different directions, which happens with some men, then he probably does it to avoid the mess.

Should you urinate sitting down?

Sitting down to pee is a little more hygienic because it avoids soiling the toilet, but it can also reduce prostate problems. Urologists in the Netherlands published a study in PLOS ONE, in which they explain that not standing up to pee could make life easier for men with serious urinary problems. By sitting down, the quantity and flow of urine is greatly increased.

But if you are a man and have no prostate problems, there is no health recommendation for urinating while sitting. However, it will help keep your toilet a little cleaner!

And while we're on the subject, we also recommend sniffing your pee before flushing. Why? Well, because the smell of your pee, as well as its colour, can tell you a lot about your health. For example, if your pee smells sweet and fruity, it could be a sign that you have type 2 diabetes. On the other hang, if your pee is dark yellow and has a strong smell, it could be you are dehydrated.