Glaucoma: definition, treatment, symptoms, what is it really?

Glaucoma is the second cause of blindness after age-related macular degeneration (AMD) and more than 70 million people are affected in the world. Glaucoma can be cared for, but it can also cause blindness if not detected in time. Let’s have a look.

Glaucoma is an eye-related illness which mostly affects people over the age of 45. Glaucoma is characterised by damage to the optic nerve which is the nerve that leaves the retina at the back of the eye and transports images to the brain. When this nerve is damaged, the visual field is reduced, and vision is therefore altered and can lead to blindness over time.

It is a degenerative illness, which for a long time can show no symptoms but there are many types of glaucoma.

- Open-angle glaucoma: It is the most common form of the illness (90% of cases). It is caused by a progressive closure of the aqueous humour removal filter. In this case, altered vision is slow and painless and doesn’t cause any discomfort at first, which makes diagnosis difficult.

- Angle-closure glaucoma (or acute glaucoma): This form is due to an anomaly in the anatomy of the eye which prevents the aqueous humour from discharging through the trabecula, leaving it especially blocked behind the iris. Therefore, the pressure inside the eye strongly increases. Symptoms of angle-closure glaucoma are characteristic and as soon as they appear, it is necessary to treat the glaucoma urgently in order to avoid blindness.

- Secondary glaucoma: These forms are caused by traumas, such as those in the eye or by inflammatory or congenital illnesses.

In the majority of cases, glaucoma is linked to an increase of pressure on the inside of the eye, also known as intraocular hypertension. To explain further, a liquid is continuously produced on the inside of the eye, which is called aqueous humour. This is discharged via a filter situated in the corner of the iris and the cornea, called the trabecular. When discharging this liquid is obstructed, pressure inside the eyeball abnormally increases and causes deterioration of the fibres of the optic nerve.

There are many risk factors associated with this illness. The increase in intraocular pressure (above 21mm Hg) is the main contributing factor of glaucoma. However, hypertonia (or hypertension) doesn’t necessarily cause glaucoma, and conversely, glaucoma exists with an intraocular pressure within the limits of normality.

Age is a second measure, as glaucoma generally occurs in people over the age of 40, and its frequency increases with age. Glaucoma is also hereditary, meaning that the risk increases when a parent is affected. Myopia is also a risk factor.

Symptoms: how to detect glaucoma

Glaucoma develops silently in the majority of cases, it is only in an advanced stage that symptoms begin to appear. Symptoms differ according to the type of glaucoma.

- vision of colourful halos around the light sources

- reddish discolouration of the eyes

Symptoms can appear a few months after birth.

Treatment: how to care for glaucoma

There is unfortunately no curative treatment for glaucoma and lost depth can’t be retrieved. Glaucoma treatment consists of preventing or slowing down the development and their subsequent damages by improving the circulation of the aqueous humour, which lowers the pressure on the inside of the eye. There are three categories of treatment.

- Medication treatment: Eye drops can reduce the pressure in the eye. They are preferred to oral medication because they cause less secondary effects. There are many types, among them being beta blockers, alpha-adrenergic agents, prostaglandin analogues, carbonic anhydrase inhibitors and miotics. The majority reduce the production of the aqueous humour by increasing its excretion (elimination). This treatment is very effective if the dosage is followed, and if it is taken every day without interruption. It can however cause secondary effects, and a doctor should be consulted.

- Laser: When medication treatment doesn’t work, laser treatment can be proposed. It eases the evacuation of aqueous humour. With results generally not being definitive, it may be necessary to reinforce or reintroduce eye drops as treatment a few months or few years later.

- Surgical operations: In the cases when glaucoma resists previous treatment and when vision continues to decline, glaucoma can be operated on as an outpatient treatment. The operation involves creating a new path so that the aqueous humour can be discharged in order to maintain normal pressure in the eye. Even if this stops glaucoma from progressing, it cannot bring back lost visual abilities.

It is necessary to know that all glaucoma treatments increase the risk of developing a cataract (a loss of transparency in the crystalline) and especially so during surgical treatments. 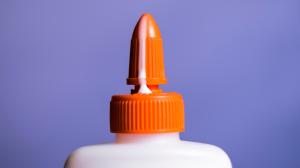 Lifestyle, health
Do these symptoms sound familiar? If so, you could be allergic to alcohol
Read more 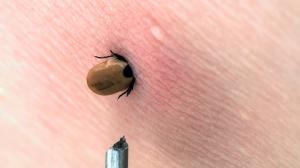 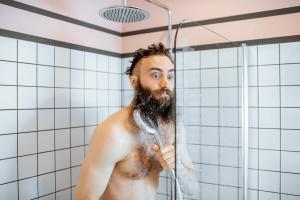