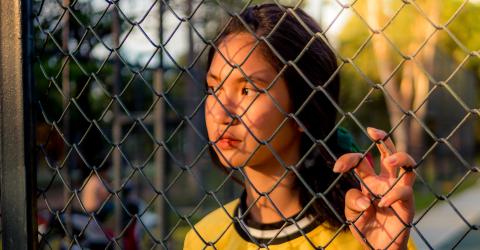 Research published in the International Journal of Epidemiology has revealed the results of a comparative study on mental health between two generations of adolescents. The researchers found that young generation Zs suffer more from depression than Generation Ys did 10 years ago. Read on to find out more.

Baby Boomer, X, Y, Z and Alpha... Behind each appellation lie behaviours specific to each generation, often representative of the evolution of society.

This latest study, which was conducted by researchers from the University of Liverpool and University College London in England, compared the state of mental health between two generations of adolescents: generations Y and Z. They found that they were more affected by depression than their elders at the same age. Here is the explanation.

A 6% increase in depression in 10 years

To carry out their study, scientists analysed the mental health data from two groups that were monitored for several years in different studies. The first consists of people born between 1991 and 1992 (Generation Y) and the second of those born between 2000 and 2002 (Generation Z).

They then analysed in each group the prevalence of mental disorders, antisocial behaviours, consumption of certain substances, and weight loss problems that occurred when each group had reached adolescence (2005 for the 1st group and 2015 for the second).

Their results showed that at age 14, Generation Z adolescents experienced more depressive symptoms and self-destructive behaviours than their older counterparts at the same age. An increase that should be supported with some figures. Thus when 9% of Y teens suffered from depression at age 14, 15% of Z teens had these symptoms. A 6% increase in teenagers' malaise in just 10 years, which is also accompanied by a change in behaviour compared to their elders.

Conversely, scientists found that antisocial behaviour and substance use (alcohol, tobacco, etc.), often related to mental malaise, have declined over the past decade. While 52% of teenagers in the 1990s were alcohol drinkers before the age of 14, 44% of those born in the early 2000s had consumed alcohol at the same age.

In contrast, researchers found that Z adolescents slept less (less than 8 hours per night) than their older siblings, had a greater tendency to be obese (7% vs. 4% for the Ys), and had less of a positive image of themselves than those born in the late 90’s.

Although changes in behaviour between the two generations have been observed, their causes remain to be determined.

‘The next step is to understand the reasons for these increases, including depression, so that we can better support young people,’ said Dr. Suzanne Gage of the University of Liverpool and co-author of the study.

In the UK and according to the latest figures, the prevalence of depressive disorders is estimated at 14% in adolescents.

Take a look at the video for more details about these worrying study results.