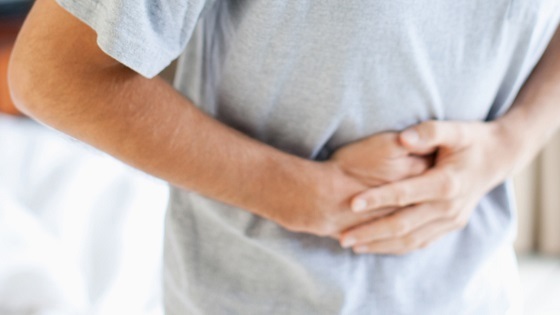 Stomach ulcers are chronic inflammations of the digestive system and can be caused by many different things. The inflammation can be very painful depending on the case, and lead to serious complications. But what are the symptoms of ulcers and how can you treat them? Here are some of the things you should know about them.

What is an ulcer?

However, ulcers are ten times more likely to appear in the duodenum than the stomach. Several factors can increase the risk of an ulcer appearing, but stomach ulcers are always associated with stomach acid imbalances.

Stomach cells produce a very acidic liquid which is used to digest foods. To ensure that this substance doesn’t attack the mucous membrane in the digestive system, other cells produce mucus and bicarbonate which protect the stomach lining. When somebody gets an ulcer, the process becomes ineffective and the acidic substance attacks the mucus membranes.

Ulcers are open sores which progress into sharp pains and can lead to severe complications such as tears or digestive haemorrhages. In general, the problem more often concerns men than women and most commonly those between 50 and 70 years of age.

What are ulcers cause by?

Although people have known about this medical issue for a long time, a revolutionary discovery was made about it in 1983 when researchers identified one of the major causes of stomach ulcers. Their discovery was about a well-known bacteria called Helicobacter pylori. This microorganism often enters the body orally, where it can then survive in stomach acid. Nowadays, we can estimate that this type of bacteria is the cause of 60-80% of ulcers in the stomach and 80-85% of ulcers in the duodenum. Due to its levels of resistance, it can invade the layer of mucous that protects the stomach and small intestine from acid and breaks down the defence mechanism.

To a lesser extent, excessive acid production in the stomach due to factors such as smoking, drinking alcohol, stress or a genetic predisposition, can also lead to ulcers.

Symptoms: how can you recognise an ulcer?

Ulcers are characterised by pains in the upper abdomen. They can feel similar to a cramp or extreme hunger. In cases involving stomach ulcers, eating and drinking can make the pain even worse. On the contrary, pain associated with duodenal ulcers subsides when you eat, but gets worse around three hours after a meal.

The pain will appear and disappear, in the form of sharp shooting pains which can last for several weeks, interspersed with periods where no symptoms are displayed. Nausea, vomitting, identifying blood in faeces and suffering from tiredness or weight loss, are all signs that an ulcer is getting worse.

If you suspect an ulcer, doctors can perform an abdominal examination in order to locate the issue. An endoscopy, which can look inside the alimentary canal with a small camera, will allow a doctor to confirm their diagnosis. If you do have an ulcer, it will appear as a hollow cavity in the gastric or intestinal lining.

How do you treat an ulcer?

Ulcers are first and foremost treated medically, but can also involve surgery. A gastroenterologist will aim to heal the damaged area and prevent it from reoccurring in future.

Treating ulcers relies on two types of medicines. Firstly, the doctor will prescribe anti-secretory drugs to reduce how much acid the stomach produces and therefore allow the ulcer to heal. In the case of H.Pylori bacterial infections, antibiotics are taken alongside anti-secretory medications. In order to confirm that the bacteria has been fully eradicated a month after treatment, a doctor can perform a urea breathing test which can identify the presence of microorganisms in the stomach. An endoscopy can also be conducted, especially in cases where the ulcer appeared in the stomach or when the urea breathing test result is positive.

This type of treatment is usually pointed out to a patient when they suffer from complications such as a haemorrhage or tear in the stomach lining. However, a doctor may opt for surgical treatments if the cavity does not heal. Operations can vary depending on the case, and can for example involve removing part of the stomach.

During these treatments, people who are suffering must also commit to a healthylifestyle. They must keep an eye on their diet when they experience shooting pains and avoid things which may aggravate the problem such as alcohol or cigarettes. Taking the necessary measures to reduce stress such as doing exercise are also recommended.