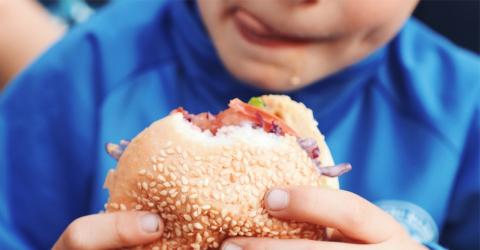 A new study has revealed that, far from improving their menus, fast food chains tend to offer less and less healthy food.

Whatever the marketing campaigns of fast food chains say, your burgers and salads are not more dietary than before... In fact, it's the opposite.

According to a new study published in the Journal of the Academy of Nutrition and Dietetics, fast food is less healthy today than it was 30 years ago.

I'm not lovin’ it

The researchers focused on the supply of ten of the most popular fast food chains on three key dates: 1986, 1991 and 2016. The focus was on starters, side dishes and desserts. Although the diversity of the supply has grown considerably over the last 30 years (226%, or 23 new choices per year), quality has not kept up. Megan A. McCrory, the head of the study, says:

Despite the vast choice offered by fast food restaurants, some healthier than others, calories, serving sizes and sodium levels have all worsened over time and remain high.

This overall increase is largely due to the increase in portion sizes from year to year.

Too much is too much

Researchers found that every decade, appetisers increased on average 13 grams (or 30 calories) extra and desserts 24 grams (or 62 calories) extra. When it comes to side dishes, the quantities remained relatively stable, nevertheless they still gained 14 additional calories on average per decade. The amount of sodium (salt) has also increased, including in desserts.

The team also noted that the additions to the classic menus were generally less healthy than the previous options. McCrory concludes:

Given the popularity of fast food, our study points to one of the changes in our eating environment that may in part explain the rise in obesity and related chronic conditions over the last few decades.