Gastroenteritis is one of the main winter epidemics but it still exists all year round. Most often due to a virus, it affects millions of people around the world every year, especially children.

Gastroenteritis is an infection of the digestive system related to inflammation of the walls of the stomach and intestine. Nevertheless, this term actually refers to a multitude of conditions that may have several origins: they may be of bacterial origin, of viral origin or even be caused by other microorganisms such as parasites.

When a bacterium is involved, gastroenteritis is usually linked to the consumption of contaminated water or food. This is called food poisoning. In the majority of cases, however, it is a virus that causes it. This is known as stomach flu. It is this form of disease that returns each winter as an epidemic. But again, several viruses can be responsible. Very often, these are rotaviruses in children and noroviruses in adults.

Depending on the year, the results of the gastroenteritis epidemic are very variable. In the winter of 2011-2012, only 188,000 cases were recorded during the epidemic, which lasted only one week. This is the shortest time since monitoring began in 1991 and is much less than the maximum recorded in 2008-2009. During that winter, the number of people infected exceeded 3.5 million with a duration of 19 weeks. The illness is highly contagious and can be transmitted both directly from person to person and indirectly through contaminated objects. It is therefore important to know how to identify the symptoms and act accordingly when one is sick.

The time it takes for the first symptoms to appear depends on the origin of the disease and the mode of contamination. Nevertheless, in the majority of the cases, their arrival is fast and begins in less than one day. Whilst gastroenteritis is very common, it is also a very unpleasant illness to experience.

As it's a very common illness, the symptoms of gastroenteritis are now well known. But their extent and severity may vary from one individual to another, depending on their age and state of health.

When it is viral, gastroenteritis is benign in the majority of cases. Nevertheless, the signs may be more numerous and more severe in some individuals. The usual symptoms of gastroenteritis are loss of appetite, abdominal cramps, severe nausea and vomiting, and acute diarrhea. These signs may also be accompanied by a slight fever, headache or even fatigue. The number of symptoms varies from one individual to another: some will only have nausea, while others will only have diarrhea without or with fever.

Among at risk groups, especially young children and the elderly, these disorders can lead to complications such as dehydration. They may experience dryness of the mouth and skin, muscle cramps, less frequent urges to urinate, weakness, hollow eyes or fainting. The risk is particularly high for people with weakened immune systems. Generally, the symptoms last between 1 and 3 days. Exceptionally, they can persist for up to 7 days.

In most cases, gastroenteritis lasts only a short time and will get better on its own. But the symptoms still require some action.

Whilst its symptoms can be particularly unpleasant, gastroenteritis does not necessarily require medical treatment. In the majority of cases, diarrhoea, nausea and other signs disappear in one or a few days, without the need to consult a doctor. However, since the disease is contagious and can weaken the patient, it is better to take certain precautions when one is affected. The purpose of these is to limit the intensity of symptoms and especially to prevent dehydration. For this reason, it is recommended to stay at home, rest and drink small amounts of water regularly. In case of nausea and vomiting, you should not force yourself and wait at least 30 minutes for them to calm down. Alcohol and soft drinks that irritate the digestive system and can aggravate diarrhoea should also be avoided. In case of significant risk of dehydration, rehydration solutions are available in pharmacies and can also be used.

Vigilance is particularly important in elderly people, who are at high risk. When symptoms are particularly severe, prescription and non-prescription medications may be prescribed to relieve stomach pain, reduce nausea, or treat diarrhoea. However, in the first hours after the onset of symptoms, it is better to avoid eating to allow the digestive system to recover, even if there is no vomiting. Then it is possible to eat but making sure to follow a particular diet.

What To Eat When You Have Gastroenteritis

As gastroenteritis attacks the digestive system, paying attention to diet is a key point for healing and not aggravating symptoms. You need to know which foods are to be avoided and which ones are beneficial.

Starchy foods such as white rice or white bread are fairly well tolerated and can reduce diarrhoea. As the symptoms disappear, it is then possible to reintroduce certain foods gradually, starting with fruits and vegetables, yogurts, then protein foods (meat, fish, etc.). This should allow the digestive system to recover smoothly without harming it.

Gastroenteritis In Babies And Children

Children are among the main victims of this illness. At school, at play centres or at home, children are particularly sensitive to frequent and contagious diseases: gastroenteritis is no exception! Indeed, many children are infected each year either after having been in contact with another sick child, or after touching contaminated surfaces or objects. It is therefore very difficult to avoid.

As with adults, symptoms appear very quickly and include diarrhoea, vomiting or stomach aches. But fever can also be observed as well as blood in the stool in babies, excessive sleep or fatigue. If the signs are not very intense, a rest and an adapted diet will be enough to make them disappear after 1 to 2 days. Nevertheless, there is a significant risk of dehydration in children, especially among young children. It is therefore important to ensure that your child regularly drinks water to rehydrate.

Symptoms of dehydration include major thirst, dry nappies, dark circles under the eyes that seem "sunken", dry mouth or no tears. If these symptoms occur or if diarrhoea, vomiting or fever persist, do not hesitate to consult your doctor who will assess the situation and give treatment accordingly or recommend hospitalization in the most serious cases. In any case, the sick child should be carefully supervised, especially their temperature, the number of stools, vomiting, and so on.

For treatment, the advice is the same as for adults: they need to regularly drink small amounts of water, to use rehydration solutions if necessary, to avoid foods likely irritate the digestive system (milk, fruit juice, etc.) and favour starchy foods, especially rice. In babies who are still breastfeeding, it is advisable to continue breastfeeding normally. For others who have already been bottle-fed, it is advisable to replace the milk with lactose-free milk so as not to aggravate the diarrhoea. Normal milk can be gradually reintroduced as it disappears.

How To Avoid Gastroenteritis

Gastroenteritis is a contagious disease that can be transmitted by eating food or through direct contact with a sick person. Some measures can be taken to limit contamination.

When the epidemic is at its peak and even when it lies in wait, vigilance is required to avoid being contaminated by gastroenteritis. To limit the spread, doctors regularly issue a list of simple tips to apply, including regular hand washing. It cannot be repeated enough: the hands, in constant contact with all kinds of things, are a major mode of contamination. Specialists recommend that both adults and children wash their hands regularly and, most importantly, before eating, before preparing meals, after using the bathroom, and after changing nappies. It is also advisable not to share anything with a sick person - such as towels, utensils, covers or glasses. Also avoid contacting toothbrushes and clean any object or clothing soiled by diarrhoea or vomiting.

In the case of gastroenteritis of bacterial origin, care must be taken to sufficiently cook foods, especially meats, to clean vegetables and fruits when they are eaten raw as well as utensils. Also remember to monitor the temperature of your refrigerator, always keep it clean and avoid leaving leftover food in the open air for too long. 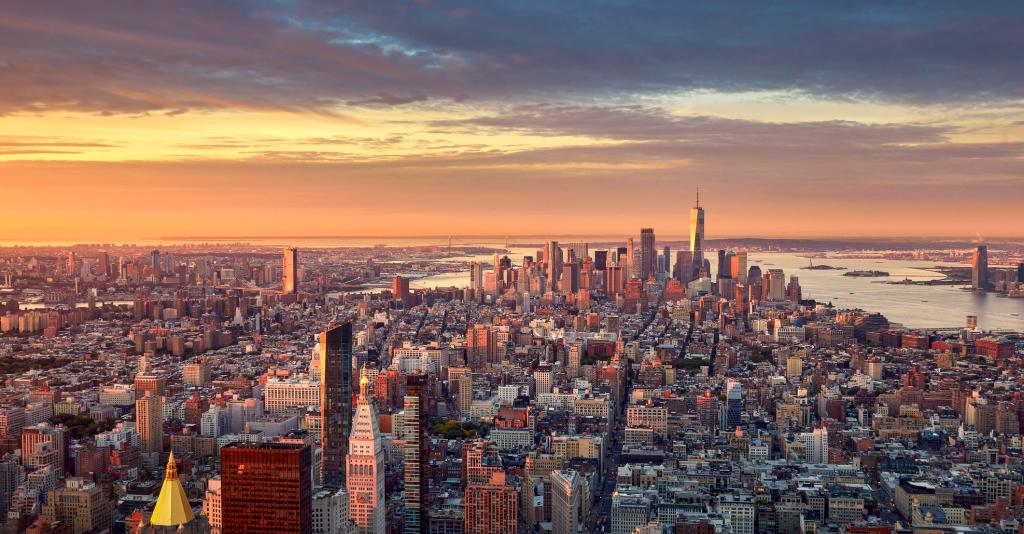 Coronavirus in the US: quarantine, flights, closures, and everything else you need to know 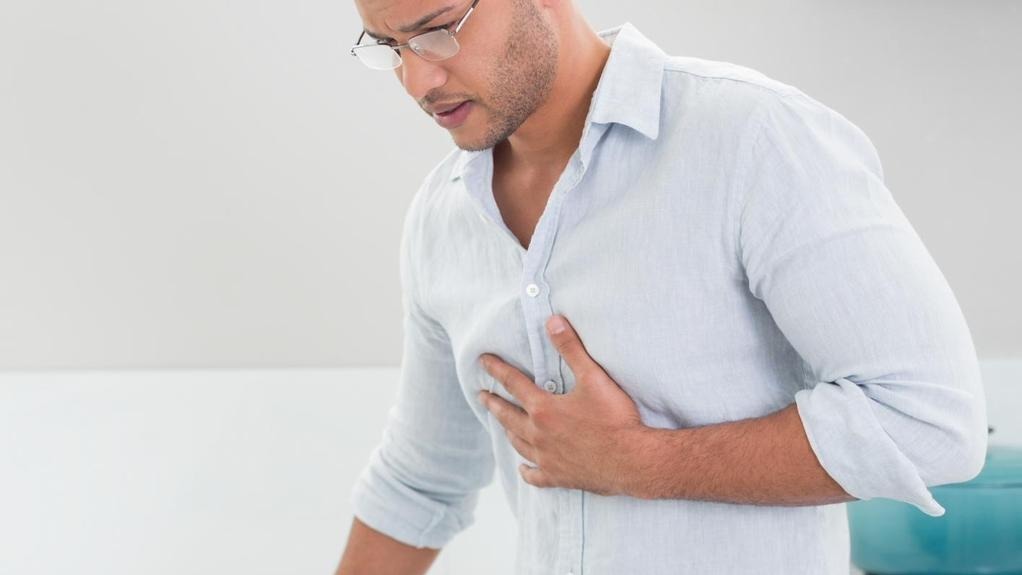