Eczema: Definition, Signs, Symptoms, Causes, Treatments, On The Hand And Face, What Cream To Use

Eczema is a widespread disease that is the diagnosis of 30% of dermatological consultations. However, it is easily confused with other skin diseases. As such, how can it be identified? What are the causes, symptoms, and how is it treated? Find the answers and explanations below.

Eczema is the most common skin disease. It affects an estimated 15-30% of children, and 2-10% of adults in developed countries. Figures have increased significantly in recent decades.

Definition: What is Eczema?

Eczema is a pruriginous dermatosis, that is to say a skin disease with itching. Not contagious, it is accompanied by redness, fine vesicles, and scales. The onset of eczema can begin very early in life, and is especially common in infants. It is often associated with asthma and various other allergic reactions.

People with eczema experience outbreaks during which symptoms worsen. These outbreaks vary in duration and are separated by lull periods. Different types of eczemas exist:

- Atopic eczema is the most common form of chronic eczema. It affects people genetically predisposed to allergies. This hereditary eczema is triggered in case of contact with an allergen. It is most often a pneumallergen - that is to say, a volatile element that is breathed in (pollen, dust, dust mites) - but can also be a food allergen.

- Contact dermatitis, also known as dermatitis, is an inflammation of the epidermis following contact with a particular substance that may or may may not be allergenic. This includes rubber and nickel, as well as other substances such as drugs or chemicals.

- Eczema by internal sensitization occurs when an infection by a bacterium, virus, or fungus takes place, and a reaction occurs in the skin. This form of eczema is rarer than others.

Symptoms: How to Recognize Eczema

Eczema is most often found on the hands, feet, face, neck, and creases of the limbs. It is characterized by specific and reoccurring symptoms. More variable symptoms can also occur depending on the type of eczema.

During the first onset, eczema is typically characterized by intense itching, dry skin, inflammation, and the appearance of redness, heat, and swelling. The severity of symptoms, however, varies from one individual to another.

Outbreaks caused by eczema can take many forms and evolve into different phases. During these outbreaks, the epidermis of the skin becomes dry, scaly, inflamed, covered with red-pink vesicles, and thickened. It will also begin to peel in shreds. In more advanced cases, the skin can ooze, be extremely dry, or become covered in plaques (squames).

Whether the affected area spreads or not depends on the case. Eczema can also lead to other side effects such as dehydration, increased sensitivity to temperature changes, increased allergic reactions, and rhinitis (irritation of the nasal cavity).

It is difficult to determine with certainty the causes of eczema, as they vary from one patient to another, and depend on the the form the patient suffers from. Research has shown that this skin disease has a strong genetic component. People who are at risk often have parents who also suffer from eczema or allergies.

Similarly, up to 70% of parents of children who have eczema, have also been affected by eczema at least once in their lifetime. It is also possible to establish a non-genetic diagnosis, and determine which factors caused its appearance. Most often, the onset of eczema is caused by an allergy, emotional factors (such as stress), skin infections, or an immune deficiency.

It is unknown, however, why eczema occurs at any given time (save for contact eczema). Immunological problems are also common, especially in children who are very sensitive to all elements that could be allergenic (dust, mites, cat hair).

Treatments for eczema differ depending on the type of eczema the patient has, as well as the severity and other factors. That said, the majority of the time, you have to use a combination of treatments to treat eczema. During the initial consultation, the doctor will try to determine the type of eczema and evaluate its severity, in order to prescribe the the right drugs and ointments.

For most types of eczema, treatment options involve moisturizers as well as cutaneous corticosteroids (as an ointment). These treat outbreaks of eczema by calming inflammation and itching, but do not prevent their recurrence. This is why the frequent application of moisturizing products is the most important part of treatment and prevention.

When eczema is more severe, oral corticosteroids can be prescribed to treat symptoms. It is possible to use light therapy to treat eczema if the patient is an adult, but this treatment increases the risk of skin cancer. Light therapy is not recommended to treat young people. In case of severe itching, antihistamines may be prescribed.

For contact eczema, it is also recommended to avoid touching anything that can cause an allergic reaction, thus triggering the appearance of eczema plaques. 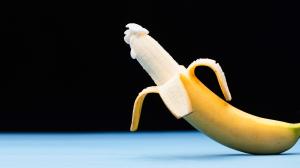 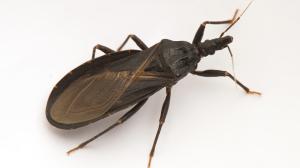 Discover, earth
Meet the kissing bug, and why you should stay away from it at all costs