Diabetes: Type 1, Type 2, Definitions, Symptoms, Causes And What Exactly Is It?

Diabetes is a metabolic disorder which has seen a sharp rise in prevalence across the world. We can tell the difference between type 1 and type 2 diabetes, but what is it exactly? Here is some information about the matter.

Currently more than 285 million people are said to be suffering from diabetes across the world, according to the International Diabetes Federation. This concerning phenomenon is considered a ‘real pandemic’. In fact, the prevalence of diabetes has considerably increased in recent years and shows no signs of stopping: in the UK, the number is due to rise from an all time high of 3.2 million to more than 5 million registered diabetics in the coming ten years.

Diabetes is a metabolic disorder which is characterized by abnormally high blood sugar levels (glycaemia): this is sometimes referred to as hyperglycemia. The disorder is caused due to a malfunction in the systems designed for absorbing and storing sugars from food sources. More specifically, it is linked to a malfunction in a hormone which is made by the pancreatic cells called insulin.

When you eat, the level of sugar in your blood increases because carbohydrates from foods are broken down into sugars. When the body detects this increase, it releases insulin from the pancreas. When released, the hormone promotes the storage of glucose in cells and in the liver, to reduce the level of glycaemia.

For people who suffer from diabetes, this system no longer works effectively, causing a state of hyperglycemia. Nonetheless, there are different types of diabetes: type 1 diabetes and type 2 diabetes (and gestational diabetes which occurs during pregnancy). None of these types come from the same causes.

Type 1, type 2 and other types of diabetes

Type 1 diabetes, formally known as insulin-dependent diabetes or juvenile diabetes is usually discovered in younger sufferers: children, teenagers or young adults. This type affects 10% of diabetics, and occurs when the pancreas does not or no longer produces insulin to ensure glycemic regulation. This type is caused by an autoimmune reaction.

For reasons that are still unknown, the body begins to attack and destroy certain cells in the pancreas which can therefore no longer produce the vital hormone. When insulin is not present, glucose cannot get out of the blood and glycaemia remains constantly high, even on an empty stomach.

Type 2 diabetes, sometimes called non-insulin-dependent or ‘middle aged’ diabetes, tends to affect older people just as its name suggests. This type is more common: 80% of diabetics suffer from this type and it involves a different activity to that of type 1. For these types of diabetics, insulin production is usually normal, however the hormone is not used properly.

Although it is released, cells no longer react to it: this is called insulin resistance. In fact, the glucose stays in the blood, and leads to hyperglycemia. Because of this resistance, the pancreas begins to produce more insulin, which eventually runs out. Over time, it is therefore no longer able to ensure that enough of the hormone will be produced when it is needed.

Continual hyperglycemia has many effects for the human body and can lead to a whole range of symptoms. However, the signs are usually less obvious in cases of type 2 diabetes. Type 2 can therefore be progressively developing without a person even realizing. The main symptoms include:

- an increase in thirst and hunger

All of these signs must be brought to a doctor's attention who will conduct tests to confirm whether or not you are diabetic. Diagnoses usually rely on conducting a blood test on an empty stomach. If the level of glycaemia on an empty stomach is equal or higher than 1.26 g/l, after two repeat tests, diabetes can be confirmed. These additional tests can be undertaken to evaluate a patient’s general state of health.

At the moment there is no cure for diabetes. Nonetheless, if it is not treated on a daily basis, it can lead to serious complications for the body. This is why it is important to diagnose diabetes in order to treat and control it as early as possible. For type 1 diabetes which is caused by a lack of insulin, treatments will consist of daily hormone injections which will help lower glycaemia.

For cases of type 2 diabetes that particularly affects people who are overweight, obese or do not do much physical activity, treatments are more complicated. Firstly, the treatment is made up of hygieno-dietetic treatments aimed at promoting physical exercise and a varied and balanced diet. As well as this, anti-diabetic treatments can be taken which will specifically stimulate insulin production in the cells in the body.

When the pancreas can no longer make a sufficient amount of insulin, hormone injections, such as those of type 1 diabetes, are necessary. In the two cases, the aim of these treatments is to bring glycaemia to a normal level to reduce the damage to the body. Even if a medical check up and regular tests are necessary, diabetics can certainly live an active and normal life. 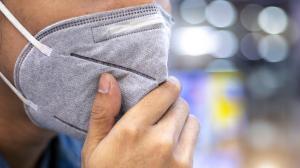 Discover, health
Is It Better For Your Health To Wake Up Early Or Late?
Read more 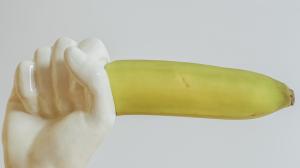