Cystitis (Urinary Tract Infection): What Is It, Causes, Symptoms, Treatment

Cystitis is a type of a urinary tract infection which affects the the bladder. It is mainly characterised by an inflammation of the bladder and, in most cases, has a bacterial cause.

Definition: what is cystitis?

A urinary tract infection is a type of infection that can affect any part of the urinary tract system: the kidneys, ureters (channels that allow the passage of urine from the kidney to the bladder), the urethra (a passage which carries urine outside the body) or the prostate in men. But UTI of the bladder remains by far the most common form of urinary tract infection. It can affect women and men at any age, although it is much more common among women and relatively rare among children. Here, we will be discussing a UTI affecting the bladder - more specifically known as cystitis.

Cystitis is an inflammation of the bladder which can cause pain, discomfort or a burning sensation when passing urine. Cystitis can have several causes which can be difficult to determine. In the majority of cases, it is caused by a benign bacterium which rests in the bowel or on the skin. This bacterium can sometimes enter the bladder via the urethra without a specific cause.

The bacterium responsible is very often Escherichia coli but it can also be other germs such as Klebsiella, Proteus, Staphylococcus or Enterococcus. In many cases, it is actually an intestinal bacteria that has accidentally colonized the urinary system. The microorganism begins to proliferate at the level of the bladder wall where it will cause tissue damage and a significant inflammatory reaction.

Causes and risk factors of cystitis

Some risk factors may increase the likelihood of getting a urinary tract infection. In pregnant women, the baby tends to exert pressure on the urinary system and hormonal changes can also cause cystitis to appear. The risk is also greater for women after menopause, in people with diabetes because of the high level of sugar in their urine and in individuals with structural abnormalities in the urine.

The risk of cystitis increases with age in both women and men. Blockages in the urinary tract, such as a bladder stone, can also make an individual more susceptible to developing cystitis.

Other risk factors can include:

- having a urinary catheter (inserted tube to drain the bladder)

- regularly using a diaphragm as a form of contraception

- use of irritating chemicals such as heavily fragranced soaps

- radiotherapy around the pelvic region

The development of cystitis has also been associated with the recreational use of the drug ketamine.

Treatment and prevention of cystitis

Whilst cystitis is not a serious or deblitating condition, it can be very aggravatung during day-today life. In the majority of cases, cystitis clears up without any further medical intervention. This will usually only take a few days. In some cases, the infection can linger and a course of antibiotics may be required.

Anyone suffering from cystitis is advised to refrain from engaging in sexual intercourse until the infection has cleared, as friction caused during intercourse can further aggravate the condition. 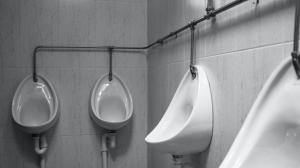