The dangerousness of Covid-19 could have been underestimated in France, especially among young people, explained doctors in an article in the French newspaper Le Parisien. According to them, the whole of France should be placed under quarantine.

What if the Covid-19 Coronavirus epidemic was taken too lightly by the French? This is what doctors like Professor Gilles Pialoux, head of the infectology department of the Tenon hospital in Paris, explain. 'We must stop comparing it to the flu, it's much more serious,' admitted the professor to Le Parisien. A seriousness which, according to him, should imply placing the whole of France under quarantine.

On the evening of Thursday 12th March, the President of the French Republic, Emmanuel Macron, gave a speech to the French people to announce the new exceptional measures which will be taken to combat against the spread of the coronavirus. The president stressed the need to listen to science and 'those who know,' and currently, many doctors are beginning to change their views on the epidemic. They now wish to 'put people face to face with reality,' without frightening people.

The virus is more dangerous than initially thought

The first concern is that the virus could be far more insidious, dangerous, contagious and, above all, deadly than expected. 'Of course, it's not Ebola,' said Professor Gilles Pialoux, 'but the Chinese have shown that a patient can be fine and suddenly, in the second week, on the eighth or tenth day, have to be put in intensive care,' he explained. In addition, more and more cases are being discovered in people who have no symptoms but are highly contagious. This makes it very difficult to combat a sometimes invisible threat.

Young people are beginning to be affected

Another concern is that the profile of people admitted to intensive care is changing. Indeed, in his speech, Emmanuel Macron explained that France was going to experience a 'second wave' of contamination and that young people, even without medical history, who until now have been spared, are now also potentially affected by the coronavirus. Professor Gilles Pialoux agrees with this observation: 'It is no longer rare to see young people in their 30s and 40s without pathology,' before adding: 'This is the reality in the field, the scope is widening.'

Comparing it to influenza is a mistake

In many media appearances, some physicians often made a comparison between seasonal influenza and Covid-19, in an effort to reassure the public. 'We made a mistake, we have to stop comparing the two,' said Professor Gilles Pialoux. 'The coronavirus is not in the same league as influenza,' he added. As proof, its mortality rate, calculated on the basis of the number of deaths out of the number of people infected, is estimated at between 2 and 3%, compared with 0.1% for influenza. Moreover, 86% of patients who died from influenza in France between 2011 and 2019 were over 75 years old, compared to 50% for deaths from Covid-19 in China, according to initial estimates.

Don't give in to panic

Despite this change in rhetoric, it is important for the French not to panic. On the one hand, because it is important to remember that the vast majority (80%) of patients suffer from benign forms of the virus and are now being treated and saved. And on the other hand, because the health services, and in particular the intensive care units in France (336 in the country) are prepared and organised to take care of all the patients, and to avoid a situation of saturation like the one that occurred in Italy, which caused the mortality rate to jump to 6%.

As a reminder, the provisional death toll in France now stands at 127 dead and 5423 people contaminated. 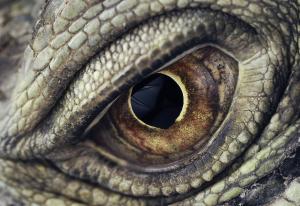 This Strange Medical Condition Caused A Woman To See People Turn Into Dragons... 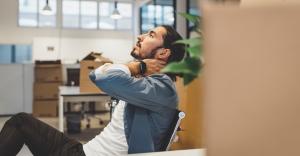 3.4 Billion People Worldwide Are At Risk Of Developing This Worrying New Health... 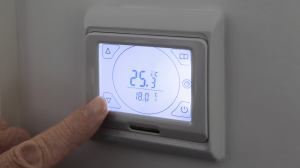 Can Air Conditioning Spread the Coronavirus?

The Coronavirus Could Make You Deaf, According To Doctors
Read also
No connection
Check your settings