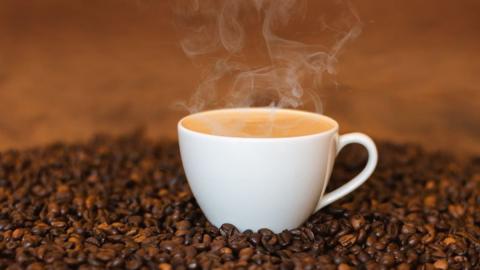 A recent study brought to light the unexpected effect of the smell of coffee. Apparently, even smelling artificial coffee or just thinking about coffee can increase cognitive performance. These effects are largely due to what we call a placebo effect.

What better way to make up for a rough night than to sip on a good cup of coffee? Whether it's long or short, coffee is known to stimulate our taste buds with its sweet-yet-bitter aromas, but it's also capable of a lot more.

One thing caffeine lovers are especially fond of is its ability to clear even the foggiest brain. In fact, it turns out you can reap this benefit just by smelling coffee, according to a study published in the Journal of Environmental Psychology.

Researchers studied a hundred students, separated into two groups. Both groups were asked to answer math questions from the Graduate Management Admission Test (GMAT). Half of them took the test in a normal test setting, while their counterparts took it in a room filled with the smell of coffee. However, the scent was free from caffeine and any other stimulants. Still, the results speak for themselves: the second group's scores were "significantly higher" than the first.

Some kind of placebo effect

The research group's explanation for this unexpected effect of the smell of coffee is that there must be some kind of placebo effect at play. "It's not just that the coffee-like scent helped people perform better on analytical tasks, which was already interesting, but they also thought they would do better, and we demonstrated that this expectation was at least partly responsible for their improved performance," explains the main author of the study, Adriana Madzharov of the Stevens School of Business, in New Jersey.

In a follow-up survey, no coffee scent was used, but a new group of 208 participants was asked to answer questions about coffee and the results confirmed the placebo effect hypothesis. Respondents made it clear that they associated coffee with enhanced responsiveness. Researchers have yet to explore whether other scents, such as the scent of flowers, produce similar results.

Using scent as a management and marketing tool

Because these studies were carried out on small groups of volunteers, more research will be needed to confirm these results and teach us more about this mechanism. Nevertheless, these findings pave the way for a better understanding of how scent affects our minds.

"Olfaction is one of our most powerful senses," says Adriana Madzharov. "Employers, architects, building developers, retail space managers and others, can use subtle scents to help shape employees' or occupants' experience with their environment. It's an area of great interest and potential."