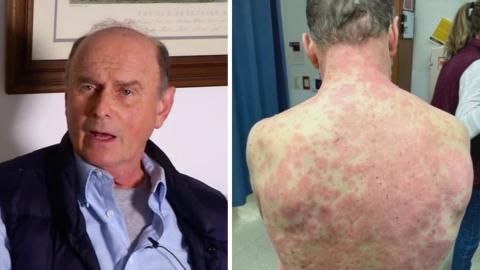 Since the launch of vaccination campaigns around the world, several patients have developed side effects of varying severity.

In the United States, Richard Terrell was vaccinated with the American Johnson & Johnson vaccine on 6 March, 2021. While at the time, everything went well, four days later, the patient began to notice alarming side effects, as reported by the American television channel ABC.

At first, the man first noticed a rash on most of his body. Then Richard Terrell felt an itchy rash in his armpit that spread all over his body.

His skin then turned bright red and some of his limbs began to swell.

Finally, the American saw that the skin on his back was starting to peel off.

The septuagenarian therefore went to find some doctors who confirmed that these were indeed side effects due to the vaccination, but that this type of side effect is very rare.

It all happened so fast. My skin came off. [...] Every time I bent my arms or my legs, it was very painful.

On 19 March, Richard Terrell was sent to the emergency room. The man had to stay a total of five days in the hospital before he could return home.

This reaction is known and treatable

This one case is extremely rare, and Richard Terrell's story should not discourage people from getting vaccinated. Moreover, he himself said he was grateful to have been able to be vaccinated, despite these side effects.

As an American doctor insisted on saying 'This reaction is known and treatable.' However, of course, if this happens, one should immediately consult a doctor, because as he reminds:

The skin is the largest organ in the body, and when it is sensitive like his, one can lose a lot of fluids and electrolytes.

To find out how an mRNA vaccine works, see the video above.

Skin Lesions Are Showing Up on COVID Patients’ Hands and Feet 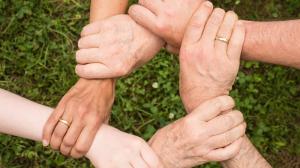 Coronavirus Robbed Us of 20.6 Million Collective Years of Lifespan

The Coronavirus Vaccine Will Only Affect 30m Out of 67m Brits, So Who Gets Priority?
Read also
No connection
Check your settings