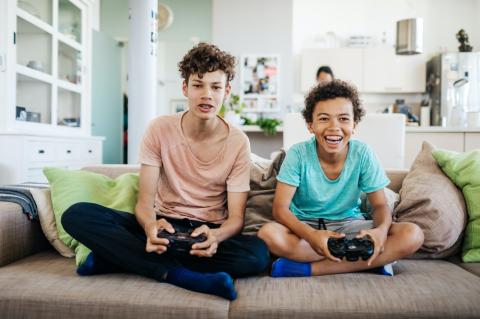 If ever you've been told that playing too many video games can be bad for you, consider the following Oxford University study enough proof to shut the naysayers up!

A recent study by Oxford University has found that playing video games can have a lasting positive effect on an individual's emotional well-being. The aim of the study was to look into the correlation between the objective playtime and the impact this had on a person's well being by specifically looking at the behaviour patterns of the individuals that played Plants vs. Zombies: Battle for Neighborville and Animal Crossing: New Horizons.

Link between well-being and self-reported playtime

Researchers asked 3,274 players to complete a survey detailing the amount of time spent playing and their state of well being during the process. They also asked each individual case study to record any moments in which a motivational experience occurred during each gaming session. The study then combined the actual amount of time that was spent playing for researchers to be able to investigate the relationship between objective game play behaviour and subjective well-being.

After collecting this data, researchers found that players who experienced genuine moments of pleasure during gaming sessions were left with a much greater sense of overall well-being. Professor Andrew Przybylski, director of research at the Oxford Internet Institute and lead author of the study concluded that:

Our findings show video games aren’t necessarily bad for your health; there are other psychological factors which have a significant effect on a persons' well-being. In fact, play can be an activity that relates positively to people’s mental health–and regulating video games could withhold those benefits from players.

Other studies also indicate positive effects on the brain

Throughout the last decade, many other studies have also found that video games, depending on the person and their individual brain structure and genetics, have beneficial effects on cognition and the brain.

More specifically, when it comes to the observed improvement of wellbeing in players, some studies indicate that the social aspect that many games rely on can create a sense of community within an individual leading them to a more positive headspace.