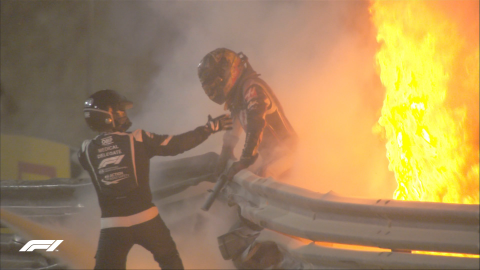 French racer Romain Grosjean has miraculously managed to survive with minor injuries after one of the scariest Formula 1 races in history left his car both sliced and engulfed in flames.

Romain Grosjean has been in high spirits after posting on social media from the hospital. The racer took to his Twitter account to thank his fans for the support stating ‘Thank you so much for all your messages, Loving life’.

Formula 1 fans were treated to a scary scene on Sunday as Grosjean’s vehicle made a high-speed crash into the barrier, causing the car to not only explode but also split clean in half.

The first lap Grand Prix crashhappened when Grosjean’s Haas swerved to the right of the straight after trying to get ahead of Daniil Kvyat and collided with the barrier with a force registered at over 50 G’s.

Alan van der Merwe, the FIA Medical Car driver who responded to the scene claimed ‘It was a big surprise. I have never seen that much fire in 12 years’.

Luckily, the Frenchman made a miraculous escape out of the flames and got away with only minor injuries.

Onlookers witnessed Grosjean rising up from the flames as medics arrived at the scene. After sustaining only minor injuries the racer was taken to Bahrain's Defence Force Hospital where it was revealed he was being ‘treated for burns sustained on the back of both hands’ and would have to stay overnight.

The Formula 1 team has already posted a number of updates on the situation including a video of Grosjean in the hospital with his hands completely bandaged up. The man seemed to be in great spirits (most likely thankful he got away with his life) he stated:

Hello everyone, just wanted to say I am okay... sort of okay. Thank you very much for all the messages.

Grosjean also accredited the invention of the Halo, a crash protection system which likely saved his life:

I wasn't for the Halo some years ago but I think it's the greatest thing we brought for Formula 1, and without it I wouldn't be able to speak to you today. Thanks to all the medical staff at the circuit and at the hospital and hopefully I can write to you quite soon some messages and tell you how it's going.

Formula 1 also posted an update this morning to their Twitter account stating that Grosjean is recovering well and isexpected to be released on Tuesday.

Footage of the horrific crashhas already been making its rounds on the internet. Dr Ian Roberts, the FIA's deputy medical delegate recalled the situation describing it as a ‘very odd scene’.

First lap, as normal we were following the cars around. There was just a massive flame and as we arrived, it was a very odd scene, we'd got half the car pointing in the wrong direction and then just across the barrier, a mass of heat.

Just to stop and then looking to the right, at that point I could see Romain trying to get up. We needed some way of getting to him, and we had the marshal there with an extinguisher, and the extinguisher was just enough to get the flame away. Romain then got high enough for me to reach over and pull him over the barrier.

Alan van der Merwe commented to Sky Sports on the quick thinking that was required to make sure Grosjean was safe after fears that he may have inhaled smoke or injured his spine:

Obviously he was very shaky. His visor was completely opaque and in fact, melted. I had to get his helmet off just to check that everything else was OK. He'd got some pain in his foot and his hands. From that point we knew it was safe enough to move him around into the car just to give him a bit more protection, get some gel onto his burns and then get him into the ambulance off to the medical centre.

Our first thought was flames, smoke inhalation, airway issues, but in fact, nothing went up into his helmet - we've had a look at that as well. But that certainly looking at him clinically, we were quite happy with him from a life-threatening injury point of view. Then it was just trying to make him comfortable from the injuries that we could actually see.

Check out the video above to witness the horrifying crash! 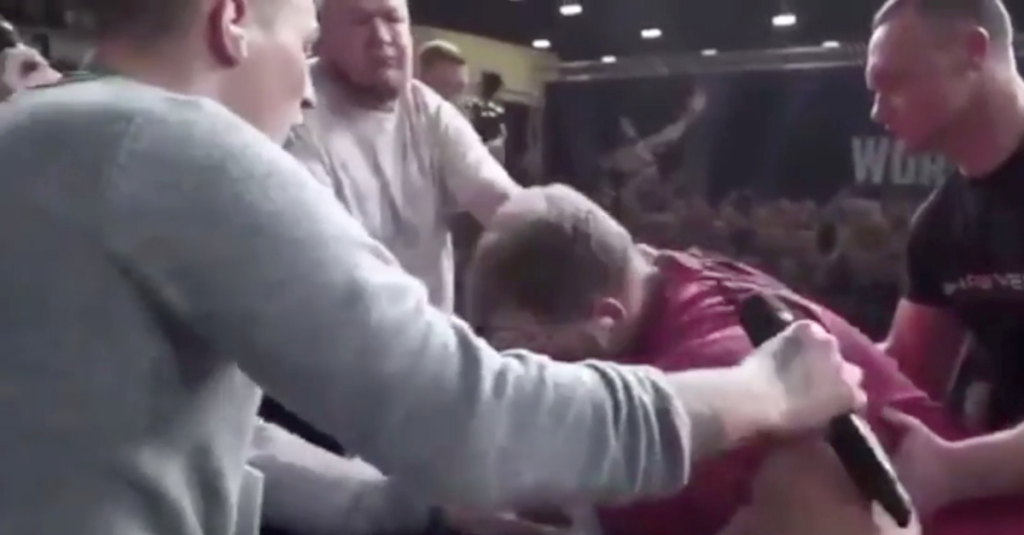 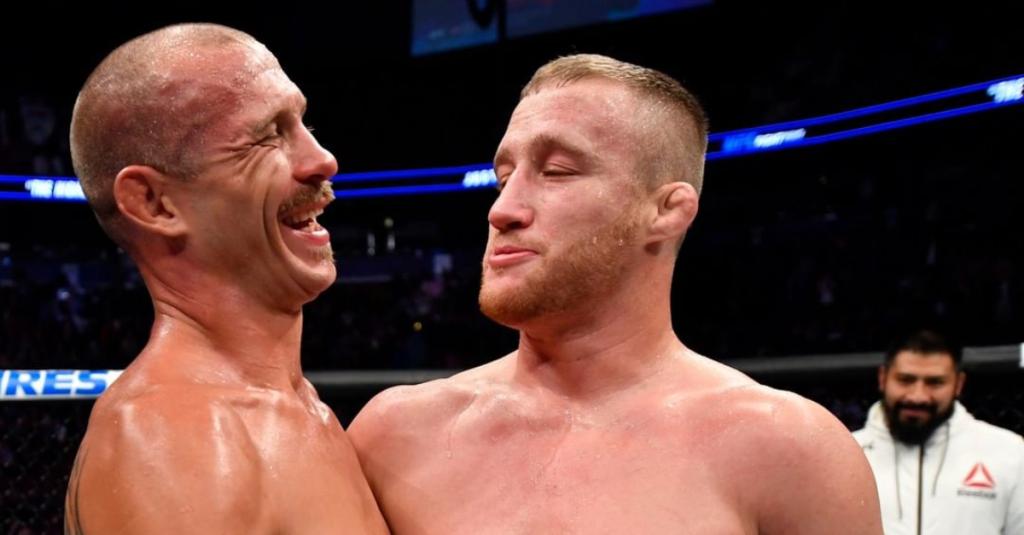