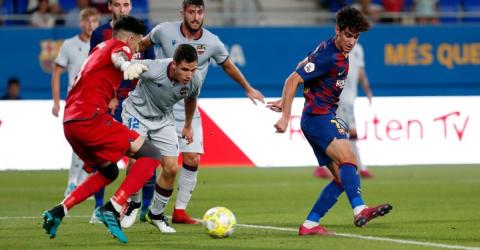 This is no doubt one of the most stunning goals of the year in the Spanish D3 Championship. The young Alex Collado scored an amazing goal. He just might be the next Messi!

It's the most talked-about goal of the week. Barça reserve team's No. 7 scored a spectacular goal in the match they won against Levante (2-0).

A 'golazo' that demonstrates the extent of his talent and the resources that Barça has, even in their team B.

His solo rush begins along the sidelines, in the very last seconds of extra time. Body feints, hooks, and a nutmeg got him past the first two defenders before he evaded two more with a second nutmeg.

He finished his dribble with an unstoppable backheel past the goalkeeper. A trick that was directly inspired by his glorious elder, Lionel Messi.

The young prodigy, who only played once in La Liga with Team A, can cover all offensive positions on a field, whether he's in the axis or on one side. The 20-year-old may have just gotten noticed by Ernesto Valverde.