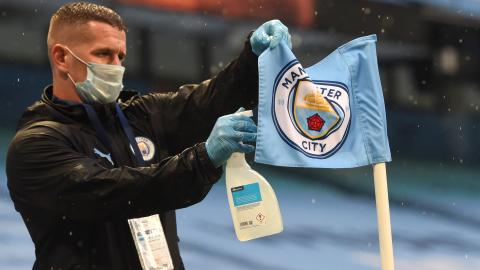 As the impact of COVID 19 continues to wreak havoc across the UK, the Premier League has produced an alarming number of positive tests.

Calling the league off appears to be unlikely at this stage, with such efforts made to recommence the season and the financial ramifications of not having football on television screens could be hugely detrimental to both the clubs and the UK government.

With the whole of the UK once again returning into a stringent lockdown, scrutiny is being placed on all football teams to ensure protocol is being followed and with the Christmas aftermath still tingling, how many players followed the rules over the festive period is now being questioned.

The whole of the UK was brought to its knees on the final weekend before Christmas as Boris Johnson failed to deliver on his Autumnal promises and plunged the country into a nationwide lockdown. With the 5-day Christmas relief period now gone, the British public were asked to act ‘responsibly’ on Christmas Day–changing the plans of millions of people.

As Christmas came and went, with the football calendar continuing – subsequent social media outlets have published photos of certain players flouting the rules over Christmas. Tottenham made the biggest splash, with Erik Lamela, Giovani lo Celso and Sergio Regillion all pictured at mass gatherings whilst Manchester City’s Benjamin Mendy and Fulham’s Alexsandar Mitrovic are also believed to have failed to follow the guidelines.

With the divide between the regular, working fan and the elite level football player now more obvious than ever before, the elitism displayed by footballers has seen many teams come under fire.

In the latest round of testing, 40 out of 1,311 people tested were shown to have symptoms associated with the virus. This is a record number, and a degree of caution is of course needed, with only 3.05% of those tested coming out as positive.

Furthermore, the tests date back to 28th December, meaning that there has been two tests on every person–potentially doubling the results in the overall outcome.

As the situation continues to evolve in the UK, there will be no fans in the stadium for the foreseeable future and as the league becomes more aware of the protocols needed to keep every player, manager, and coach safe.

With the sports betting industry in the UK worth over £20 billion annually, it is highly unlikely the UK government will want to stop the Premier League midway through the season.

In addition, the video rights to each Premier League match is valued at around £9 million with Sky, BT Sport and Amazon Prime all vying for the rights of every game.

And with morale at an all time low in the UK, being able to view live Premier League football has become a godsend for many – meaning unless numbers rise exponentially over the next few weeks, it will be a case of carry on playing in the Premier League.