In order to play the superheroes from the Marvel universe, these actors all had to undergo training regimens that were just as impressive as the physical results. The proof is in the photos below!

Phase 3 of the Marvel Cinematic Universe came to an end with Spider-Man: Far From Home last year. A break that will end in May with the release of ‘Black Widow,’ which will mark the launch of Phase 4. We’re taking this opportunity to remind you of what the MCU actors looked like before putting on their tight, multi-coloured costumes.

The Marvel workout is a real test for these actors, often transforming them from weak, skinny, or potbellied, to real beefcakes in just a few years. From Chris Hemsworth's vegan diet to play Thor to Robert Downey Jr. and his training with a specialised coach, everyone had their own methods.

From Thor to Captain America, or soon for The Eternals, here are the physical transformations that the actors from the Marvel films have undergone. 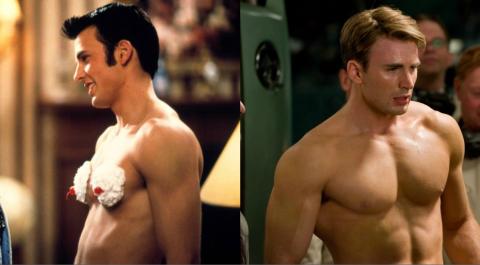 Playing Captain America for the first time in 2011, Chris Evans has since been in 10 of the Marvel films. The physique that he cultivated for these films was completely different than that in his debut in Not Another Teen Movie, and although an evolution could be seen by the time he was in The Fantastic 4, Captain America was a whole other level. 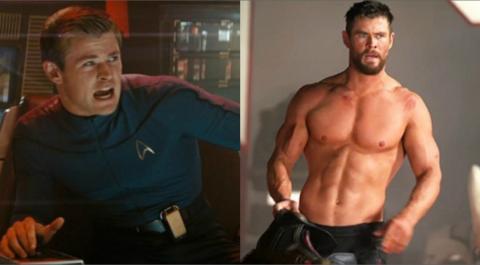 Chris Hemsworth played Thor for the first time in 2011 as well. Since then, he has been in two other films centred around his character, in Thor: The Dark World and Thor: Ragnarok.

If you're a fan of the character, you probably know that the adventures of the Norse god will continue in 2021 in Thor: Love and Thunder, with Taika Waititi at the helm. 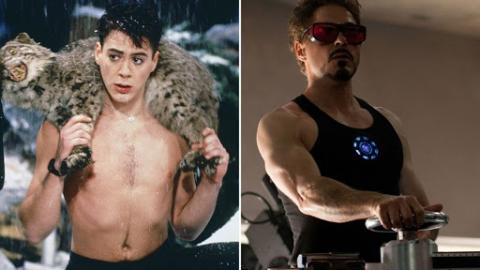 Robert Downey Jr. no longer needs any introduction. The actor had had his share of drug-related problems before changing his life in 2008, when he played Iron Man for the first time. A role seemingly tailor-made for him, in which he gave his all, to the delight of fans around the world.

He brought the MCU universe to its current success, and his physical transformation is just as impressive as his impact on the saga. 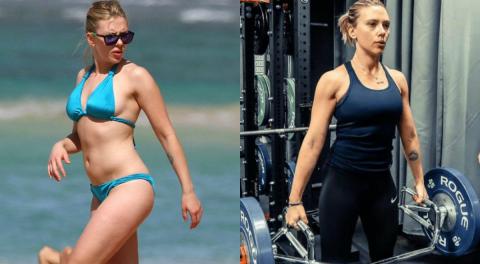 First appearing in the MCU in Iron Man 2 in 2010, the first full-length film devoted to Black Widow will be released this year. 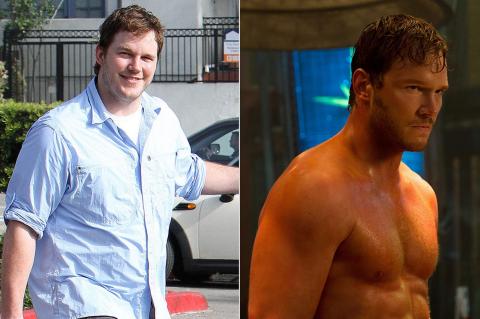 It seems a long time ago when Chris Pratt played Andy Dwyer and his potbelly in the Parks and Recreation series. After landing the lead role in The Guardians of the Galaxy in 2014, he took on a whole new dimension in terms of his physique and notoriety.

The third instalment of Star-Lord's adventures will be released in 2022, but we will see him before that in yet another sequel, the third Jurassic World in 2021. 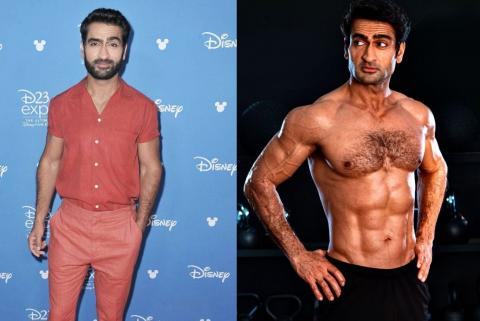 Kumail Nanjiani (Kingo Sunen in The Eternals, to be released in 2020)

We didn't expect to see him with this physique. He first played a not-so-active app developer in the Silicon Valley series, and he has now truly metamorphosed for his role as Kingu Sunen in The Eternals. A blockbuster that will be released in 2020 starring Angelina Jolie, Salma Hayek and Kit Harrington. 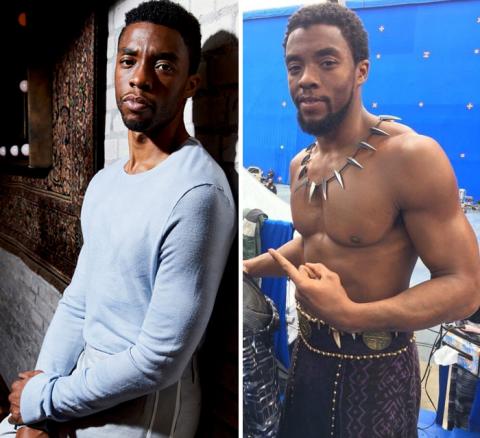 It took a lot of work for Chadwick Boseman to get the physique needed to embody Black Panther.

First appearing in 2016 in Captain America: Civil War, Chadwick played Black Panther in his solo movie in 2018. It was a big hit in the United States that resonated with the African-American community. Black Panther 2 has already been announced, but without a release date. 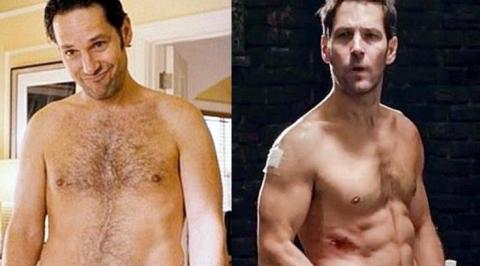 Paul Rudd appeared as the main character in Ant-Man in 2015, and also had to build himself a hero’s physique.

He will be on the big screen this year in Ghostbusters: Afterlife, and will resume his role in the third part of Ant-Man in 2022. 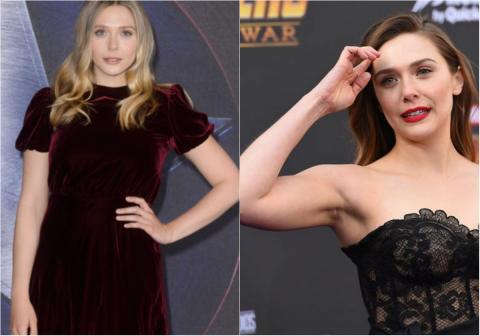 Sister of the famous Mary-Kate and Ashley who were on our television sets back in the 90s, Elizabeth, already used to starring in action films, had to work on her physique to play Scarlet Witch.

She first appeared in Captain America: Winter Soldier in 2014, then later in Avengers: Age of Ultron. We will next see her in 2021 in the Dr. Strange sequel. 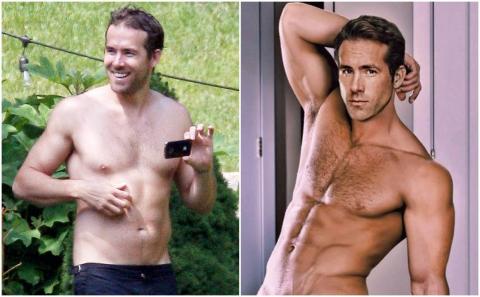 Ryan Reynolds played a completely different version of Deadpool for the first time in X-Men Origins: Wolverine in 2009.

And it took no less than 15 years for the hero to regain his crazy comic book identity, and to star in the first film in 2016. A commercial and critical success, it took only two years this time for Deadpool 2 to be released. No, Deadpool is not strictly speaking part of the MCU, but there seem to be indications that he might join it one day.

Ryan Reynolds will next be seen in The Hitman’s Wife’s Bodyguard in 2020. 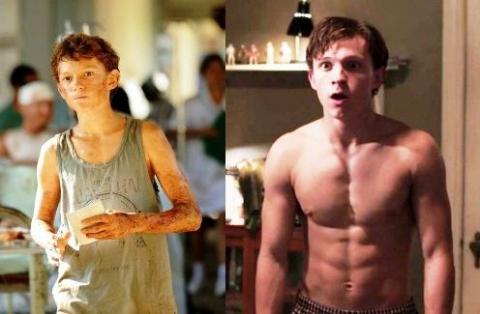 It's hard to take on the mantle of Spider-Man. And yet Tom Holland has performed this task brilliantly, surely helped by the physique he built up for the role.

After his first appearance in Captain America: Civil War in 2016, he followed this up by playing Spider-Man twice more, in Homecoming and Far From Home. He will return in a third part of the adventures of Spider-Man in 2021.

He will also play Nathan Drake in the next film based on a video game, in Uncharted. 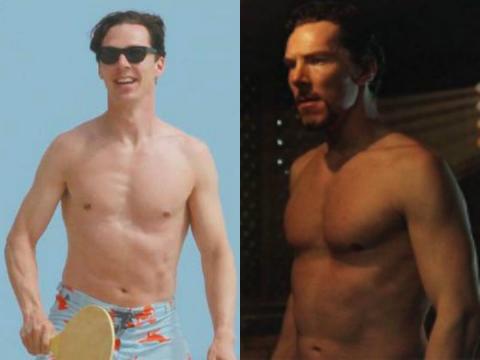 Benedict wasn't someone who really needed to build up his muscles, playing a character that is more known for using his mind, and he had already been elected the sexiest man in the world many times over.

Yet he still threw himself into his training, with a stunning result for his first appearance in the MCU in 2016. He can currently be seen in 1917, and Dr Strange's second film is scheduled for 2021, without a specific date. 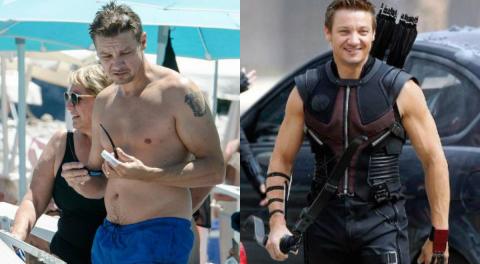 Although he didn’t achieve the final muscle mass of some of the other MCU protagonists, Jeremy still had to train hard to develop his physique, not to mention the many archery lessons he had to take.

First appearing in the MCU in 2011 in Thor, he is still waiting for his own solo film in the franchise. Still, he's on board for most of the productions. He will be seen in Black Widow this year, and then in the next two Mission: Impossible films in 2021 and 2022. 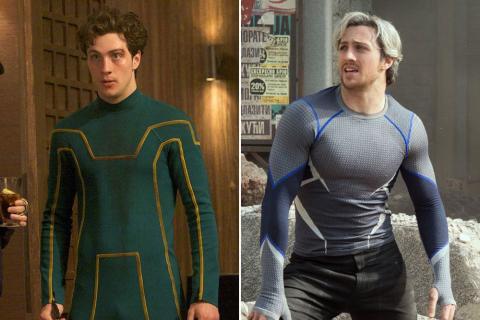 Aaron Taylor-Johnson was first seen in the superhero parody films Kick-Ass 1 and 2, before joining the MCU, and the weight room, as Quicksilver.

He appeared alongside his sister Scarlet Witch in 2014 in Captain America: The Winter Soldier, then in Avengers: Age of Ultron. 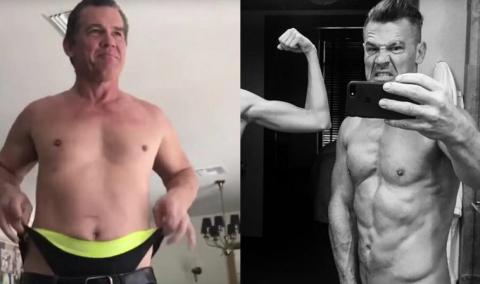 It takes a strong mind to be able to make such physical transformations in one's fifties. Josh Brolin did just that, however, and underwent some extremely demanding training regimens in order to be able to embody the ultimate villain Thanos in Avengers: Infinity War for the first time in 2015, but also Cable in Deadpool a year later.

It is not yet announced if he will be back in the Deadpool franchise, he will, however, be in the science-fiction blockbuster Dune, which will be released this year. 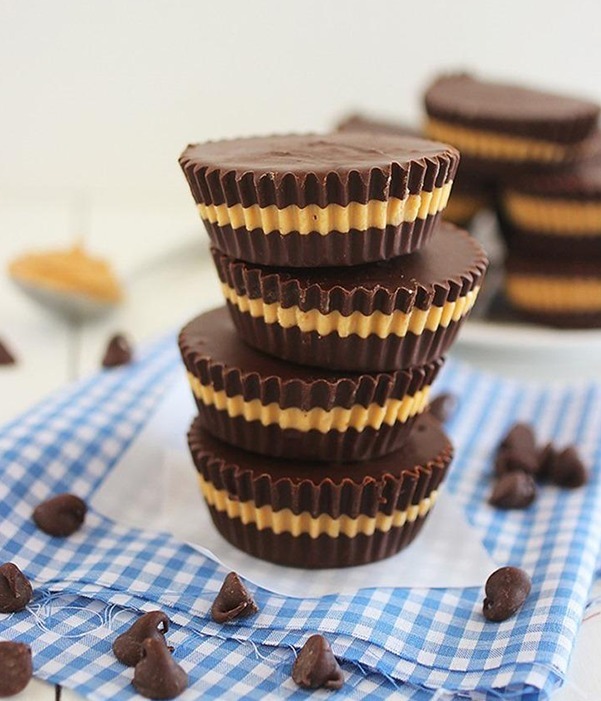 Tired Of Shakes? These Protein Powder Recipes Are Delicious And Packed With Macros 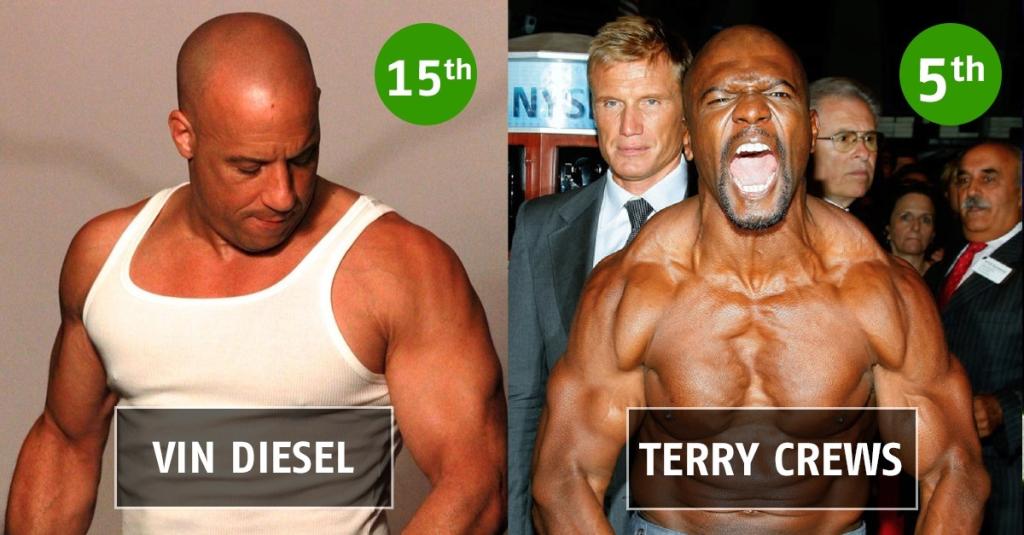